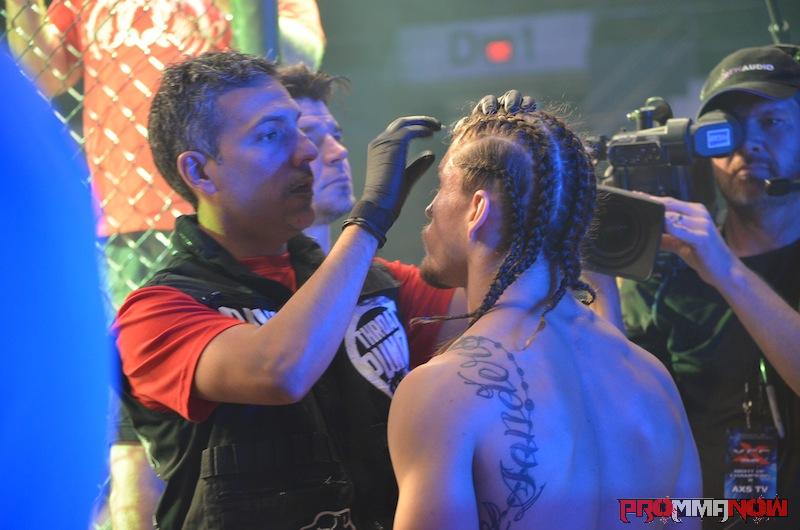 MMA isn’t new anymore, it’s mainstream. It has found it’s way into more and more countries and soaked into the American fabric so that fans of all ages are familiar with the sport. Fighters are using many of the tools that established sports use regularly (nutrition, strength and conditioning, cross training, advanced rehab). Still there are areas where aspects are lacking the respect that is needed to make all areas up to par for the greater good of the sport.

First and foremost, professionalism. The same rules that apply for referees, coaches, competitors and staff (cutmen) in other sports are greatly overlooked too often in MMA. If you’re a professional, it should be obvious in your dress and mannerisms. If you strive to be a professional, those efforts should be clear.

Preparation. Promotions, corners, and even fighters when it comes to injury prevention are too often seen as an ignored piece of the puzzle. Learning the rules in advance, considering the possible unexpected needs at an event are just a few things that I am able to witness from an observer’s point of view. It’s the great advantage I have as an independent member of fight night. As a sports medicine expert, I do not see enough of fighters working to PREVENT injury using the same resources that could rehab them after an injury. Because of that we have poor training methods and late backouts from fights due to fight week injuries and similar preventable outcomes.

From my world, I continue to get inquiries every week from someone wanting to jump into the sport as a cutman. Always with interest in the short cut approach which degrades the expectations of the trade, they don’t enjoy my response that stresses true education and training. Until people consistently see clear experts working events, they won’t know that more is possible. There is an objective list of cutman skills that people could consider to clearly set those in the industry apart. Thankfully for many, people aren’t educated on those so many out there can call themselves whatever they want (I actually met one recently that was insulting enough to call himself “doc” despite no reason to warrant that).

I hope this great sport can elevate to the highest levels possible just like the fighters often strive to achieve. It begins today!

“Between Rounds” is a weekly column written by MMA cutman David Maldonado where he shares with readers his experiences and the intricate details and processes involved in his specialized field of training. Readers are encouraged to respond, interact and ask questions about the life and work of the MMA cutman. “Between Rounds” is part of ProMMAnow.com‘s ongoing series of exclusive content written by individuals involved in the mixed martial arts industry.
[ads1]