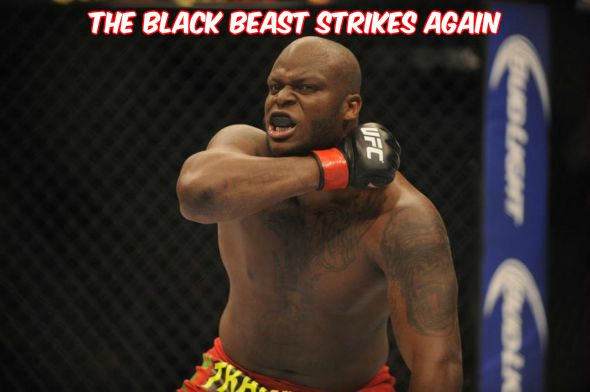 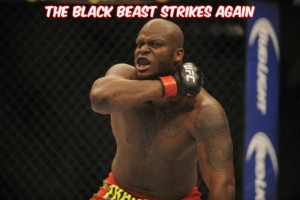 When you think heavyweight a guy like Derrick Lewis comes to mind. A big, powerful force of a man, Lewis came into his TUF 19 Finale bout with Guto Inocente with a substantial weight advantage. That could have played a factor if the fight would have went into deep water. I could have won the lottery too.

Lewis caught a kick from Inocente early in the round and put Guto on his back. He followed that up by putting Inocente out of the fight with a big shot.

The post fight interview was great. When asked about the fight “The Black Beast” sidestepped the question to call out Matt Mitrione. He went on to say that he imagines that each of his training partners is heavyweight champion Cain Velasquez. As Jon Anik walked him through the fight Lewis said he just saw red and it was time to kill.

A great win for the heavyweight and a possible bonus check coming his way.