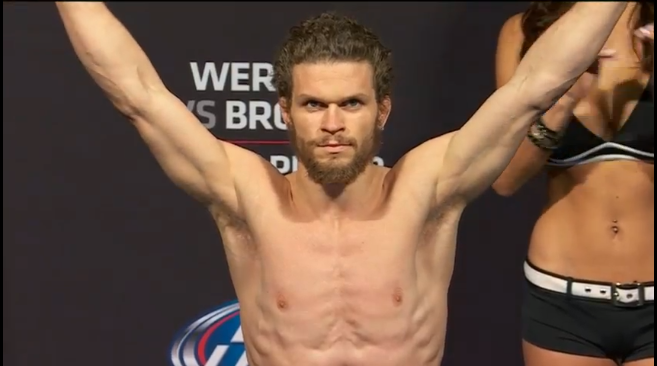 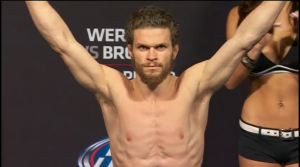 The flyweights kicked off the main card of tonight’s TUF 19 Finale and it was not disappointing. Justin Scoggins was relentless in the first round and almost had an armbar finish but Dustin Ortiz was determined not to see the fight end. Scoggins won the first probably by being so active and quick in the scrambles. Ortiz landed a couple shots though to let Scoggins know he was in the fight.

The second round was just as good. Oritz landed some good shots. Scoggins was active but found himself on his back as Ortiz worked for postion. The super tough Scoggins wasn’t giving up much room though and had some stellar defense. Ortiz spent much of the round on top of Scoggins but couldn’t get much going. Scoggins got up briefly but with Ortiz on his back he was forced right back to the mat. With a minute or so to go Ortiz landed some good shots from the top. Ortiz took the second round with his smothering wrestling.

When it was all said and done the judges couldn’t agree across the board, Ortiz pulled out the split decision. Scoggins loses for the first time in his young career.

For all of your TUF 19 Finale results and main card play by play click here.