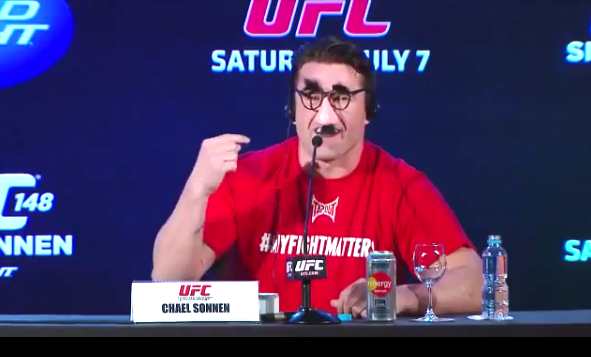 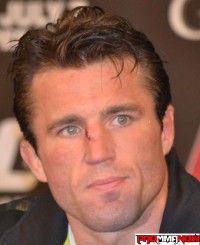 The day after it was announced Chael Sonnen had failed a drug test for his upcoming fight against Vitor Belfort at UFC 175, the king of all trash-talkers has retired from pro MMA competition.

Sonnen announced the news on UFC Tonight on FOX Sports 1.

“I had a great time. [Thanks coaches, UFC, NSAC’s Bill Brady, Anderson Silva] I do want to take the opportunity to officially announce my retirement from competitive mixed martial arts (MMA).”

“I want to stay within the rules and I don’t fully understand them. I have to put my health first. I have to put my family first. If I know what I know now and I know that this is going to work and I’m going to be able to get my wife pregnant and look forward to having a family, I am going to do the exact same thing 20 more times, which is going to put me out of compliance 20 more times. So let’s just stop with that. Let me just remove myself. There is going to be a day when I no longer have the title of fighter. That’s just a reality Kenny. But I don’t ever want there to be a day when I don’t have the ability to have the title as parent and father and husband, and my health has got to come first.”

Sonnen has taken a massive hit in the media for his failed drug test, and the smoke and mirrors type excuse he has given for it. But at least as he said here, he is now taking himself out of the equation.

As always, you never know where you can fully trust the information you are being given from Chael Sonnen, whether it be his words or body language. Remember, this guy wanted to be a politician at one time until he got into some legal trouble.

Whatever the truth is here, the fact seems to be Sonnen can no longer compete without the help of unapproved drugs. Right or wrong, that’s what has happened. Are you sad to see him go and is this the right move for him to make?

So much for that appeal.