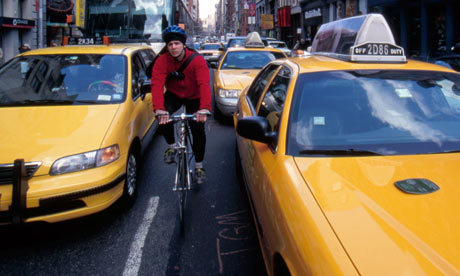 A guy gets a ticket for not riding in bike lane. He explains to the officer that the lanes are sometimes blocked but the officer is your typical a-hole and writes him a ticket despite using his common sense – or having a shred of humanity.

Casey Neistat was issued a ticket by NYPD for not riding in the bike lane and tried to explain to the cop that sometimes the lanes are blocked. But the officer didn’t care much about Casey’s opposition. Casey Neistat responded to the asinine ticket with a brilliant video.