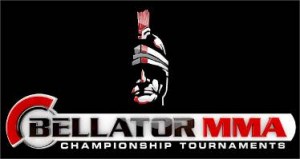 The Bellator Middleweight Tournament Finals will be on hold as Brett Cooper has been forced off of the Bellator 119 card from Casino Rama as the California native is dealing with a back injury. Cooper was scheduled to face the undefeated Brandon Halsey for a guaranteed title shot against reigning Bellator Middleweight Champion Alexander Shlemenko.

“After my fight with Kendall [Grove], my back just hasn’t been where I need it to be to have a proper training camp for one of the biggest fights of my career,” Cooper said. “It’s a setback, but with some time off, I should be ready to go by late July. I never like missing time, but I know this is the right move. I’ll be back stronger, and I’m looking forward to winning another tournament and getting another shot against Shlemenko.”

Also, Shamhalaev vs. Guerreiro will also be removed from the card after passport issues forced the featherweight fight to be postponed. Two of the most explosive featherweights in the sport, Bellator CEO Bjorn Rebney is confident fans will still get to see the matchup shortly.

“Unfortunately issues arose in the passport process for Guerreiro, and because the fight is in Ontario, we weren’t confident these issues with be resolved by May 9th,” Bellator CEO Bjorn Rebney said. “However, we should have news shortly on when this fight will be rescheduled, as these are two guys I’ve wanted back in our cage, and it should make for a great fight.”

With the changes, the current Bellator 119 card can be found below. Bellator 119 takes place on Friday, May 9th from Ontario’s Casino Rama.