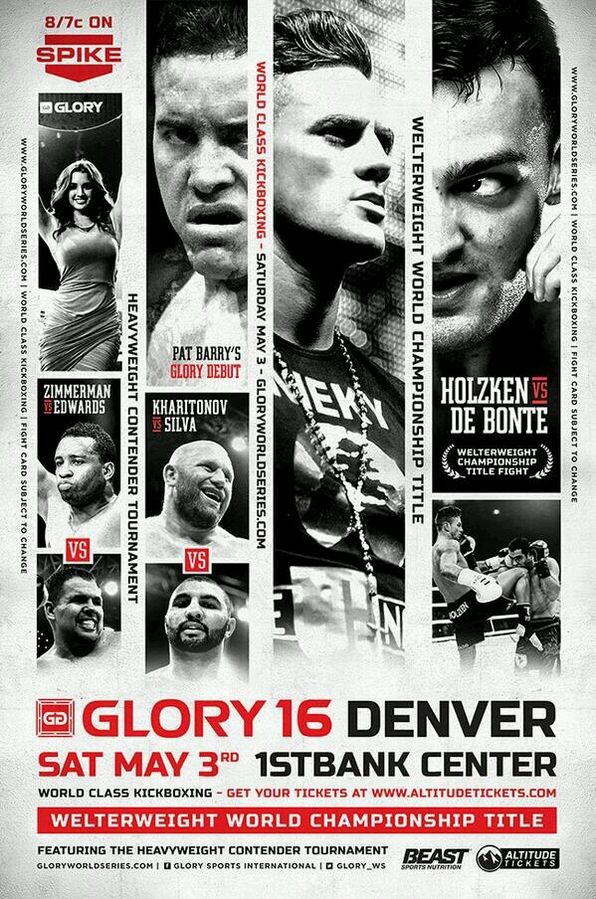 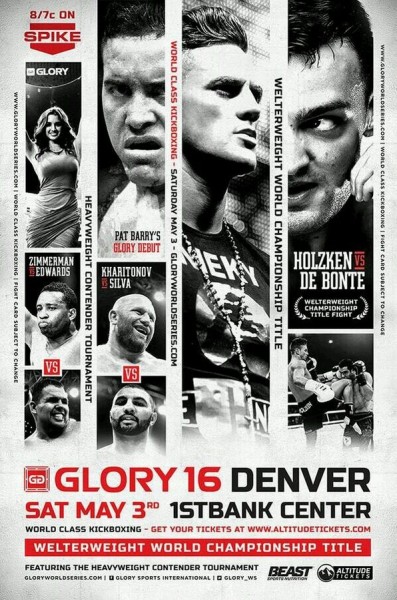 Everybody likes one-night tournaments right, especially when it involves heavyweights. Glory 16 takes place this evening from 1stBank Center in Denver, Colo., and will feature the Heavyweight Contender Tournament semifinals. Also on the card is a battle for the Welterweight title between Karapet Karapetyan and Marc de Bonte.

Former UFC Heavyweight Pat Barry makes his return to kickboxing tonight as he takes on Zack Mwekassa in the Heavyweight Contender Tournament reserve bout. The winner of that fight will fill in if one of the semifinalists is unable to compete in the final.

Well, then there was this crazy KO by Raymond Daniels over Francois Ambang on the preliminary card: