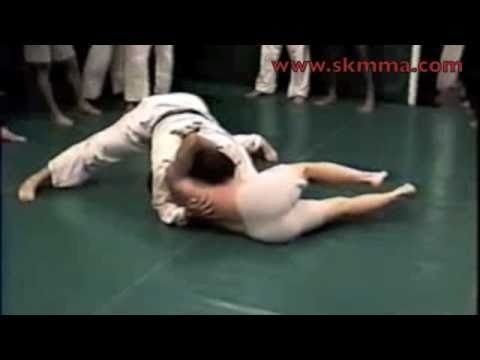 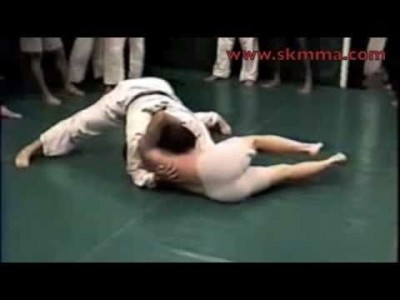 Beginning in the 1920s, the Gracie Challenge was an open invitation issued by the Gracie Academy to martial artists of all other styles to fight them in a “vale tudo” match. A precursor to the Ultimate Fighting Championship (UFC), the purpose of these challenges was to prove the effectiveness of the Gracie Jiu-Jitsu. In this rare never-before-seen footage, shot in the early 90s, you will see 10 Gracie Challenge matches against traditional martial artists at the Gracie Academy in Torrance, CA. It’s worth noting that, unlike most Gracie challenge matches which are fought by members of the Gracie family, all the jiu-jitsu representatives in this video are students of the Gracie Academy. Thier names are: Lowell Anderson, Fabio Santos, Joe Pardo, Mark Baumeister & Mauricio Zingano.

Most importantly, observe how spastically the non-jiu-jitsu fighters move during each fight and how their behavioral patterns are the complete opposite of what we become accustomed to when rolling with trained jiu-jitsu practitioners. If you are not training for these chaotic/unpredictable fight patterns, then you are not training for a real fight.

Lastly, observe how all the fights are won with only the most basic Gracie Jiu-Jitsu techniques, all of which are featured in the official Gracie Combatives white-to-blue belt course.

Fights 6 and 8 were won by verbal surrender.