This next inductee is one of the all time greats when it comes to in ring work and ability to connect with the fans. He had one of the greatest matches of a generation with our #1 inductee of 2014 and was a multi-time champion. His work ethic  and body of work was flawless and his relationship with the fans was heartfelt and true. The second inductee of the 2014 ProMMANow Pro Wrestling Hall of Fame for 2014 is…. 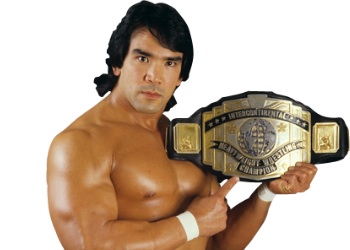 Richard Henry Blood (born February 28, 1953),better known by his ring name Ricky “The Dragon” Steamboat, is an active (as of 2013) American professional wrestler. He is currently signed to WWE traveling around the world doing personal appearances and live event autograph sessions and does appear in the ring from time to time to promote his trademark name “Ricky The Dragon Steamboat”.

He is best known for his work with the American Wrestling Association (AWA), the National Wrestling Alliance (NWA),World Championship Wrestling (WCW), and the World Wrestling Federation (WWF).