Tito Ortiz arrested for suspicion of DUI after crash 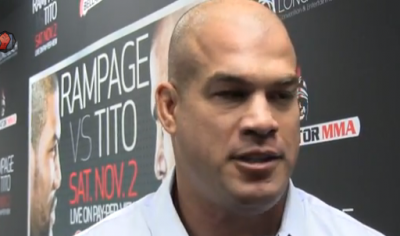 Reports are surfacing about the arrest of former UFC champ and Bellator signed light heavyweight Tito Ortiz. It appears Ortiz crashed his 2012 Porsche Panamera into a concrete barrier on I-405 freeway near Sepulveda and Santa Monica boulevards. Officials have stated that Ortiz had two passengers in his vehicle at the time of the accident. The incident is said to have happened around 4 a.m. this morning.

Ortiz was released on a$15,000 bond this morning shortly after 8 a.m. PT.  He is scheduled to appear back in court January 27th.