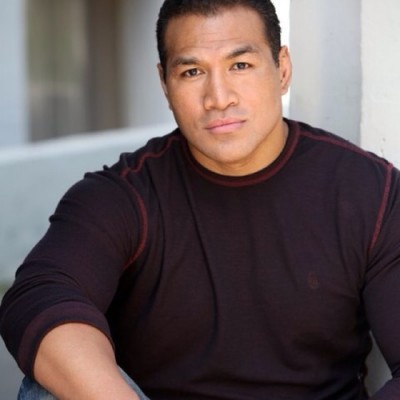 The World Series of Fighting has been able to accomplish a great deal in the first year of its existence and this meteoric rise to becoming a premiere MMA league has been nothing but astonishing. From landing a broadcast deal for their first event, to gaining huge momentum worldwide and signing some of MMA’s most promising new athletes, the WSOF team has been working hard to build this brand into a promotion that could soon rival the big dogs of this game. While the brilliant minds behind WSOF have achieved consummate growth since the promotions debut in November of 2012, it seems they’re just getting started.

ProMMANow was recently granted the honor of catching up with WSOF President and K-1 legend Ray Sefo to discuss the future of his already successful brainchild.

Questions from PMN’s Kinch in bold.

Answers from Mr. Sefo are italicized.

In retrospect, how happy we’re you with the success of WSOF in 2013?

“Very happy and very excited. So many great things have come out of our first year, from being the first MMA league to be on network television right out of the gate, to signing a lot of the great talent that’s out there. Having our first international event in Vancouver and crowning our first two champions in the welterweight and featherweight divisions with Steve Carl and Georgi Karakhanyan, it has been an amazing year. We have only had seven shows but it feels like we have been out there for ten years and we’ve had nothing but love from the fans and also the media. So it’s very exciting and I’m looking forward to 2014 for sure because there are a lot of things to come as well. I thank the good Lord everyday, I am blessed to be where I am today with my career as a martial artist, as a coach, as a promoter and as a dad.”

What was the vision or mission statement of WSOF upon its inception?

“When my partners and myself sat down to talk about it, there was only one thing in mind and that was to succeed and provide a great platform for our athletes to showcase their skills. With the help of NBC Sports, Boost Mobile and several other sponsors that have come on board, combined with our team at the office, everything has come together, so the mission will remain the same. We want to bring this to the highest level in this sport and continue to put on great shows, sign new talent and continue to give the fans what they want to see.”

What do you feel makes the promotion so unique? And why do think all of the athletes on the roster have so much praise for the company?

“Me being a fighter I think has a lot to do with it. I’ve been in martial arts since I was five years old, throughout my career I have been there and done that, so I think all of our fighters understand that I understand what they go through day-in and day-out. I’ll give you an example; when Bjorn Rebney from Bellator made a statement about not wanting to sign cast-offs from the UFC, to me that was disrespectful. I don’t mean to badmouth Bjorn Rebney or anything like that, but to me it doesn’t matter who it is, you don’t disrespect anyone or any fighter for that matter. If you have never been in the cage or the ring and you have never trained throughout the year, you don’t understand. For instance, someone recently asked me what I did for Christmas this year and I told them I was in the gym because I have a couple of guys in camp. So if you have never done things like that, you never disrespect the fighter. You don’t know what they are going through, whether it is personal or it’s an injury, no one really knows unless you are a fighter yourself, all my guys know that I understand what they go through.

“I’ll give you another example; when Elvis (Mutapcic) and Jesse Taylor’s fight was pulled on fight night before they were about to walk out because of some stupidity on behalf of Elvis’s corner. Some people said that Elvis shouldn’t get paid, but my thing was that it wasn’t his fault. In the last week of training all he is focused on is cutting weight and making weight and putting on the best performance he can. So I fought hard and told my team that we were paying Elvis his show money because he just spent ten weeks in camp and the incompetence of his corner cost him a fight. I think it’s those kinds of things that make us different.”

What is it about your approach to fight promoting that differs so much from say, Dana White or Bjorn Rebney?

“I can’t speak for both of those gentlemen but all I know is that I can only bring what experience and knowledge I have gained along the way in terms of this game. It’s that kind of knowledge that allows me to make certain decisions and judgements that will benefit all the guys.”

What would you say the biggest challenge is for a start-up promotion in a sport that is still in its infancy?

“Good question. I think the biggest challenge, and I say this all the time, any promotion that wants to be successful needs to have a network, you’ve got to have a television network behind you, otherwise it is a long and tough climb. So I think that is one of the deciding factors and of course the other would be finding great talent. Again, I can’t be any happier with where we are now coming from where we started because right off the bat we had great talent and the NBC Sports network. I’m very grateful to them for believing in World Series of Fighting and our team. Those are the two factors that I think you need to have to succeed, if not you will definitely have problems.”

As the roster continues to grow and build upon an already impressive talent pool, how important has it been for you guys to build up stars like Nick Newell and Tyrone Spong? How do you intend to continue adding top-notch talent?

“Here is the thing, don’t forget that America is not the only place were the talent is, the world is a big place and there is so much talent worldwide. There are fighters in Brazil who are homeless, do you understand what I mean? There are fighters in New Zealand and Japan who haven’t been discovered yet, also in the U.K. and Austrailia and the list goes on. I talked to a buddy of mine in Peru, he’s a coach and he is telling me he has some amazing guys. So I think the martial arts community in the U.S. forgets that there is a world at large, there is so much talent out there. I have said this before, MMA is only at the beginning in terms of growth, it has taken twenty years to get here but it is going to take another twenty years to get this to it’s peak. I say that because in kickboxing, you only have kickboxing to pull talent from. When you look at mixed martial arts, you have wrestling to pull from, judo to pull from, jiujitsu, kickboxing, boxing, kung fu, karate- there are so many more avenues and so many more talents pools to pull from. When you look at it worldwide it’s crazy, talent is going to continue to grow, generations are going to continue to move forward, new exciting fighters will continue to climb the rankings and the sport will continue to grow for a very long time.”

Give me an idea of the new regional markets WSOF plans to get into for 2014? Where can fans across the world expect to see the WSOF banner this year?

“I just got back from Japan, that deal is done and I’m heading back there in two weeks to announce an official date that we plan to hold the first event there. While I was in Japan, I spoke with our partners in Australia and New Zealand and we are looking at April for the first show out there. So for us, things are one-hundred percent moving forward and we are one-hundred percent going to go global. Canada was our first international show and it was a great success, so like I said, we will continue to put on great shows and continue to sign good talent and build up our own young talent. There are talks going back and forth with the U.K. but again, certain markets are going to move faster than others so we will continue work on that. In terms of being on television around the world, I have to thank IMG for partnering with us and getting us viewers across the globe, it’s another exciting aspect of World Series of Fighting. Between New Zealand and Japan we plan to have six to twelve shows in this year alone.”

Tell me about the show in Nicaragua and the Omega MMA acquisition, Central America seems to be a relatively untapped market, is that a market you plan to expand into this coming year?

“Absolutely. We didn’t actually run that show Nicaragua we just sponsored it, but we are obviously looking to have a presence there and we are currently in talks with them as well. Also, another one on the way is Mexico and I believe that deal is in the last stages of being finalized, we definitely want to be all over the world for sure.”

With the partnership at NBC Sports going well, could we expect a WSOF PPV event in the near future?

“Great question. Absolutely, we have talked about it but there is no confirmation on when that would happen, it has been part of the discussions in the office though. All in good time, like I said we have taken our time with building this league and we have allowed things to naturally happen the way they were supposed to happen and I think that’s how we will approach the Pay-Per View. When the time is right we will make it happen.”

In conclusion, how many live events are planned for North America in 2014? And what can WSOF fans expect to see this year?

“We are looking to do twelve events for NBC Sports this year. We will continue to deliver great fights and I want to thank the fans for supporting us and also the media. It’s one thing for us to do our job but if you guys weren’t there, we probably wouldn’t be either. It’s one of those things that allows the world to rotate, everyone has to do their part. I think the UFC has done a great job building the sport and whether they know it or not, we are working together, without working together if you know what I mean.”