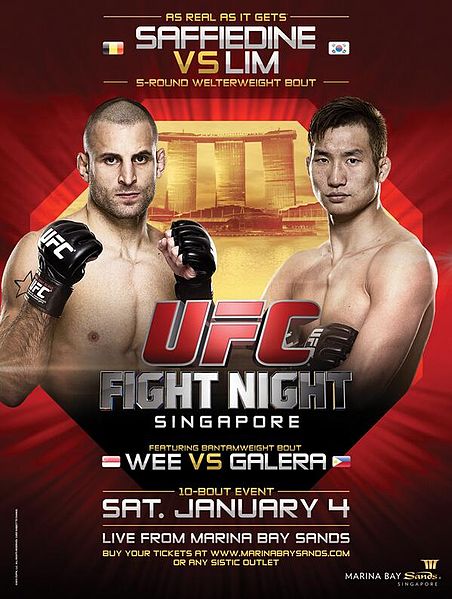 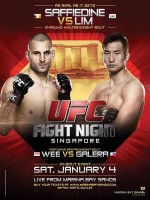 Did you wake up early and watch UFC Fight Night 34 on Fight Pass? Yeah well you missed some good scraps, finishes and a solid stream that was welcomed. It was an event void of any knockouts but you can’t be perfect right?

In the main event Tarec Saffiedine went the full 25 minutes with Hyun Gyu Lim. He used brutal kicks ,much like we saw in his Strikeforce finale with Nate Marquardt to put away Lim. The final minute was interesting as Lim went all out and was landing some shots and big knees but it was way too little, way too late.

Max Holloway welcomed Will Chope to the Octagon with some impressive striking in their fight. Holloway was able to turn a second round flurry of punches and spinning assault into a TKO victory to get him back on the winning track.

The opening moments of Dustin Kimura and Jon Delos Reyes were interestin. Kimura got rocked with punches. Delos Reyes got top position and it looked as if some ground and pound was about to jump off but Kimura gathered himself and laced a sweet arm bar that made Delos Reyes tap.

Overall it was a good card. Fight pass held up just fine for the live event. Now we look ahead to January 15th’s Fight Night 35 which will air on FOX Sports 1.

Here are your results from Singapore.