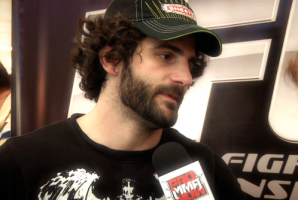 UFC Fight Night 35 was originally set to host Jason High in a welterweight fight against Adlan Amagov. Amagov was forced out due to injury so Beneil Dariush got the call up to face High. Now Dariush, who took the fight on short notice, is getting a short notice replacement in what could be Charlie Brenneman.

Brenneman had started to hit his stride outside of the Octagon. A winner of four straight, “The Spainard” racked up three submission wins. He capped off this run by winning the CFFC lightweight title over Kyle Baker back in October. Brenneman went 4-4 during his first stint in the UFC with notable wins over Rick Story and the person he is replacing, Jason High.