Is Ronda Rousey a poor sport? 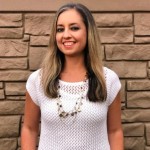 Why You Should Admire the Champ, Even After Her Refusal to Shake Tate’s Hand

After watching UFC 168 last night, one has to wonder what it really means to be a champion in MMA. Just because someone is a “champion” at something doesn’t mean they should be admired. Or does it?

MMA is an extreme sport where your sole objective is to bloody and maim your opponent while staying within the boundaries of the rules. The rules allow you to inflict the maximum possible damage – without actually killing your opponent.

Take a moment to think about what that really means.

Last night we saw Ronda Rousey inflict physical and perhaps even emotional damage to her opponent, Miesha Tate. After Rousey won, she shocked the audience by refusing to shake Tate’s hand. Here’s a gif from @ZProphet_MMA showing what happened:

Some would say Ronda showed poor sportsmanship in that moment. But let’s take a look at the bigger picture.

We have here an athlete who has learned to harness her outstanding physical and mental power in such a way that she wins fights every time. Ronda wins in devastating fashion – by systematically assassinating her opponents’ arms.

Everything about Rousey’s performance on December 28th was consistent with the vicious and extreme sport of MMA.

Meaty physique of a female well-schooled in the dangerous art of Judo? Check.

You may look at this loathsome checklist of To Do’s that Rousey instinctively crossed off as evidence of “poor sportsmanship.” Or you might view it as proof of her being a “scary” or “ugly” human being.

But let’s look at the facts:

1) MMA itself is an ugly sport. To win, you have to do some ugly things. Everybody understands that, going in. If it’s ugly in one area, why not make it ugly in all areas? Why pretend it’s a dignified afternoon of tea and crumpets?

2) To win at MMA, you must harness every possible dark resource from inside of you. Anger, revenge, psychopathic rage, a lust for destruction, a death wish – or simply a desire to please your mom-who-taught-you-everything-you-know-about-Judo – whatever is available in your psyche’s bag of tricks, you’d better bring it out and use it.

3) “Mixed martial arts” by definition is about war. The word “martial” means “of war” or “warlike.” Can you imagine a Marine or other servant of the military bombing the Taliban, then shaking hands with them afterwards? Did Al Qaeda destroy the World Trade Center, then shake the U.S. President-at-the-time’s hand, while saying “Great match”? War is an activity that does not involve hand-shaking.

Rousey is a mixed martial artist – meaning, she has various ways of going to war with her opponents. She has turned arm-breaking into an art. And she’s undefeated. Nobody has been able to stop her no matter how much they trained, or how much they smirked, smiled, or laughed at her or her coaches.

Ronda is STILL the champion of a sport that requires a person to use every possible internal resource to win.

Despite her refusal to shake hands with Tate, there are many things to admire about Rousey:

If you were to emulate these good qualities, you could arguably achieve anything you wanted in life – build a business, embark on a creative endeavor, or pursue any worthwhile goal. And that would be admirable.

As for Ronda’s “bad” characteristics? Bad is always subjective and should always be viewed in the proper context. At the end of the day, Ronda Rousey is still the champion of the sport she chose.

Michelle Lopez is a copywriter from Colorado. She writes sales pages for bad ass business owners who want to make a sh*t ton of money selling more of their products. When not busy with copywriting, Michelle can be found watching UFC fights and commenting on the drama of certain MMA fighters. Find her on Twitter @MichelleLopezCO or visit her website www.michellelopez.net.

Michelle Lopez is a copywriter from Colorado. She writes sales pages for bad ass business owners who want to make a sh*t ton of money selling more of their products. When not busy with copywriting, Michelle can be found watching UFC fights and commenting on the drama of certain MMA fighters. Find her on Twitter @MichelleLopezCO or visit her website www.michellelopez.net.

42 thoughts on “Is Ronda Rousey a poor sport?”