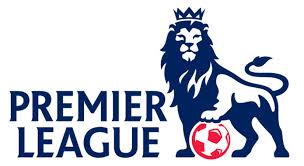 If the likes of Manchester United, Manchester City, Chelsea, Arsenal and now even Tottenham, are the ‘Top Gun’ of the Premier League then the rest are often dismissed as the ‘Eyes Wide Shut’ of the same competition.

Take the issue out of the tried and tested Tom Cruise Scale of Excellence, and we simply conclude that the Premier League isn’t a question of who will occupy the first five positions, but in which order they will do so.

One of the most significant shifts the inception, and then expansion, of the Champions League brought about was the glorification of finishing fourth. It ceased to be a moderate reward for a fairly decent season and was propelled to the Holy Grail of overspending clubs everywhere.

So given this shift we now find ourselves debating who will make up that exclusive and extravagantly rewarded top four. It seems likely that the five clubs listed earlier will be the occupants of those hallowed positions, which also means that one of the ‘big ones’ will miss out on a payday their already strained financial infrastructure can ill afford.

But if we look beyond those clubs, there is always the possibility of an exceptional season by an unfancied (or at least less fancied) side creeping into fourth place. A glance at the state of affairs so far this season suggests there are only really three possibilities.

Liverpool seem to be finding their identity under Brendan Rodgers and the attacking triumvirate of Sturridge, Suarez and Coutinho, if fit and on form, turns them into a threat we haven’t seen at Anfield for a long time. A factor that could disrupt their progress is of course the Urugyuan Question. If Suarez stays, if he is happy, if he chooses not to tear the face off an opposing defender, wear it as a mask and then thrash a ball boy to death with a corner flag, then Liverpool are certainly worth a flutter as an outside chance for fourth spot. If.

If we now perform a shabby backstroke across the Mersey we arrive at our next possibility for fourth spot, Everton. There were reservations about the arrival of Roberto Martinez. David Moyes had done a steady, decent job for 10 years and Martinez arrived on the back of an FA Cup win and relegation (the football equivalent of potting the black and then having the white roll in as well). But for all the concern Martinez seems to have created a whole different dimension to Everton. They appear aggressive, fluent and, frankly, dangerous. Fourth might be a bit of a stretch this season, but with their acquisition of the greatest Chelsea striker not to be playing at Chelsea, Romelu Lukaku, it isn’t inconceivable that they could make the cut.

The unlikeliest of the three contenders for fourth is also the surprise package of this season, Southampton. Mauricio Pochettino may be a man of few words (well English ones at least) but he has built the tightest defence in the Premier League. But rather that settling for floating his fortress around the division, he’s also added inventiveness and belief to the Saints attacking play. These, albeit vast, improvements are unlikely to allow Southampton to maintain their form long enough to genuinely contend for fourth spot, but stranger things have happened.

If the big five do just casually share out the Champions League spots then, reverting to the Tom Cruise Scale, this much heralded season may end up something of a ‘The Last Samurai’ campaign. But if one of these three plucky rascals manages to force their way into the reckoning, then we could well be looking at a ‘Days of Thunder’ season. Maybe, maybe even a ‘Jerry Maguire’.