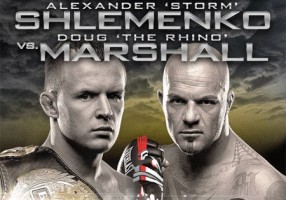 Schlemenko proved to be too much for Marshall as the champ earned a late first round stoppage.  The champ has now won twelve in a row including two title defenses.

Here is a look at the Bellator 109 results.

One thought on “Bellator 109 results”