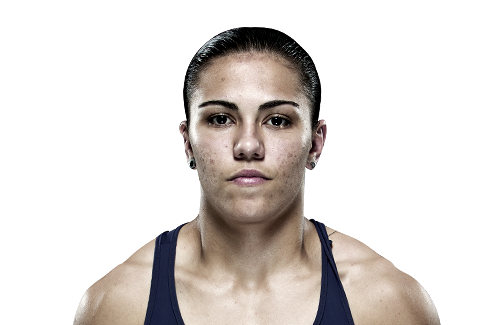 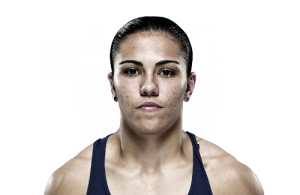 Jessica Andrade bounced back in a big way at UFC Fight Night 30 today in Manchester with a huge win over Rosi Sexton in the women’s bantamweight division.

It didn’t take long before Andrade started the assault on Sexton. She started with punches in bunches pushing Sexton against the cage. Andrade shrugged off an early takedown attempt and continued battering Sexton.

As the second round progressed, Sexton was even less effective. A couple big sprees of punching almost lead to the fight being stopped. Sexton battled on but took a significant amount of damage.  Sexton wasn’t going to be put away though and was still searching for the takedown but Jessica’s defense was just too strong.

Sexton’s face was horribly swollen after the altercation.

All three judges scored it in favor of Andrade with two of them going with a 30-26 card. Andrade moves to 1-1 under the UFC banner as Sexton drops her second in a row.