Benson Henderson: The hunt for recognition and redemption 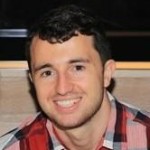 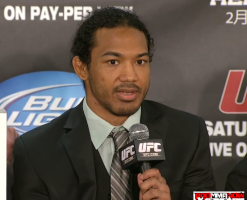 Benson Henderson currently occupies an unusual space, he has reached the pinnacle of his profession, winning and retaining a world title, but he is not yet a star. At UFC 164, he will be fighting for recognition, something that has so far eluded his tenure as champion, and, because of the opponent, redemption.

As a lightweight in the UFC, Henderson is 7-0 and 4-0 in title fights. That is an impressive feat. The manner of many of his victories, however, has been less so. In seven fights, he has failed to finish a single opponent and two of his three title defenses have been split decisions.

Henderson is the king of his division but he has just been eeking by his opponents. He has not yet achieved that career-defining win. Until that happens, he will remain in the mid to low region of the pound-for-pound rankings and will continue to be an uncelebrated champion.

He is the king of his division, he just has to encapsulate that into a single performance; destroy the next best guy in the division. The king needs to unquestionably be the king. So far, Henderson has beaten everyone he has needed to at lightweight, just never in spectacular fashion. This is why he is currently treading water as a champion who is not yet a star, still chasing recognition.

In his 13 fights within the WEC and UFC, only one man has beaten Henderson. That man is Anthony Pettis. It was at the last ever WEC event, WEC 53, and Henderson was attempting to defend his lightweight title in his home state of Arizona.

As if losing his title in his home state wasn’t bad enough, Henderson was victim to perhaps the most jaw dropping moment in MMA history. In the final minute of the final round, Pettis pulled off the kick heard around the world. The ‘Showtime Kick’ is one of the sport’s greatest highlight reels and Henderson is the recipient.

Redemption is a powerful motivational tool though and Henderson has said that he is looking forward to erasing “that Pettis stain on my soul”.

At UFC 164, Henderson will get the chance to kill two birds with one stone. If he beats Pettis, and retains his belt, he will avenge his only loss in the last six years. If he beats him decisively, he can silence the naysayers. Recognition and redemption will be his.
[ads1]
[ads2]

Ashley Christie is from the United Kingdom and is a long-time fan of MMA. Eager to be involved in the sport, he started a blog (www.mmanotions.blogspot.com) and has been writing about MMA ever since. You can follow Ashley on Twitter @AshChristieMMA. Or you can contact him via email at ashbolton90@gmail.com.

One thought on “Benson Henderson: The hunt for recognition and redemption”