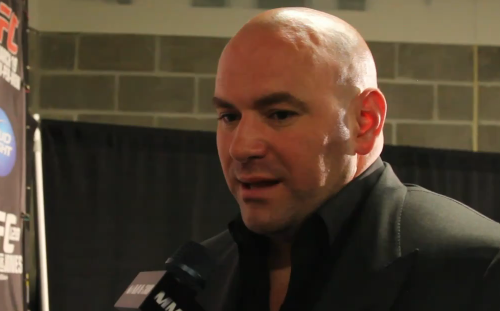 Since being released from the UFC back in May 2010, British MMA fighter Paul Daley (33-12-2) has fought for a variety of different promotions, and on the whole he has done quite well. Daley has won 10 of his last 13 fights since leaving the promotion and is currently riding a four fight winning streak, defeating notable fighters such as Rudy Bears, Rodrigo Ribeiro and Lukasz Chlewicki.

Daley was cut from the UFC roster following his fight with Josh Koscheck at UFC 113, where he sucker-punched his opponent after the end of the third round. This unsportsmanlike behavior did not sit well with UFC president Dana White, who made the following comments at the UFC 113 post fight press conference:

“He’ll never come back, I don’t care if he’s the best 170-pounder in the world. He’s never coming back here.”

Fast forward to the present day and it would appear that Mr White is somewhat open to the thought of a Daley return, which now seems like an actual possibility. The fact that Daley’s name has been mentioned and a discussion has been ignited is positive enough, especially considering Dana’s firm response to Paul’s incident with Koscheck back at UFC 113.

In a video posted by MMAFighting.com of the UFC on FOX 8 post fight media scrum, members of the media explained Paul had expressed via Facebook he wanted to come back to the UFC, they then asked asked Dana White if the doors were open for a Daley return. White responded:

Judging from those comments it looks like the door hasn’t been completely shut. I have a feeling we may just see Daley back in the Octagon one day. If given a second chance I feel Paul Daley would be a welcome addition to the UFC’s welterweight division.

Known for his aggressive striking, “Semtex” likes to put on an exciting performance when he fights and following a lackluster showing from Jake Ellenberger and Rory MacDonald this past weekend at UFC on FOX 8, it’s no surprise that Dana White is not completely opposed to a Daley return.

Daley was recently released from his contract with Bellator, so he is free to join a new promotion. We will have to wait and see what happens. Do you think the UFC should bring Paul Daley back?

Stay close to ProMMAnow (www.prommanow.com) for all the latest MMA and UFC news.
[ads1]
[ads2]

1 thought on “Dana White on a potential return for Paul Daley: ‘I thought he hated the UFC?’”