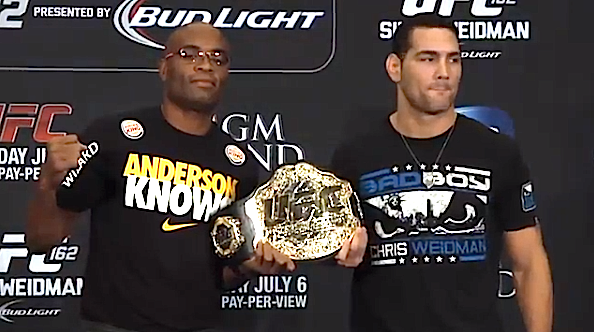 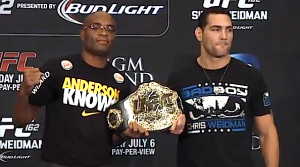 Former UFC middleweight champion has changed his tune according to a report by MMAFighting’s Ariel Helwani:

According to sources very close to the former UFC middleweight champion, Silva changed his tune about not fighting Weidman again just hours after he was knocked out by Weidman at UFC 162 on Saturday night in Las Vegas. The sources said they have never seen Silva so motivated to fight someone, and that a little over 24 hours after the loss Silva was jokingly wishing the rematch could happen this week. That’s how badly he wants to avenge his loss to Weidman.

That sentiment is a lot different than the non-committal stance Silva took immediately after he was knocked out by Weidman on Saturday night.

We debated on Sunday whether Silva’s unwillingness to take the immediate rematch would hurt his legacy more than the actual loss to Weidman. I ultimately believed that Silva would take the rematch. How could he not? The fight will do massive PPV numbers and well, he certainly would like to prove that he’s the far superior fighter.

No official time table has been set, but the fight could take in either December or February 2014 during Superbowl weekend.

Stay tuned to ProMMAnow.com for more news as it becomes available regarding the most anticipated rematch in UFC history.