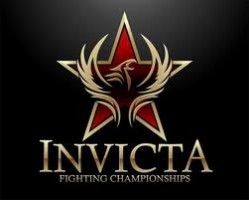 The first all-women’s MMA event on pay per view, headlined by the huge rematch between Cris Cyborg (11-1) and Marloes Coenen (21-5), is on tap this Saturday night (July 13).

The Cyborg vs. Coenen rematch is for the inaugural Invicta FC World Featherweight (145-pounds) championship.  Cyborg won the first fight between the two via third round TKO (punches) in 2010.

The Invicta FC 6 event is being distributed in North America by Integrated Sports Media for live viewing starting at 9:00 p.m. ET – 6:00 p.m. PT on both cable and satellite pay-per-view via iN Demand, DIRECTV, DISH, Avail-TVN in the United States, as well as Bell TV, Shaw PPV, SaskTel, TELUS, MTS and Viewer’s Choice in Canada, for a suggested retail price of only $14.95. In addition, viewers worldwide may purchase the show at Ustream.TV.

Also, a free two hour preview of the show will show in North America beginning at 7 p.m. ET and will air on DIRECTV, DISH and Fight Now TV in the United States, plus Bell TV, Viewer’s Choice and The Fight Network in Canada.  Viewers worldwide may also watch via Ustream.

The announcing team of Mauro Renallo, King Mo Lawal, and Julie Kedzie will again be handling the commentating duties on Saturday night.

The Invicta FC 6 fight card is below: