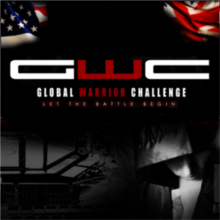 Global Warrior Challenge is proud to announce the formation of its commentary team for this Saturday’s “British Invasion” broadcast, which will emanate from the Sprint Center in Kansas City, Missouri, and will be shown live on Pay-Per-View. Handling play-by-play duties for the fight card will be highly-respected “Inside MMA” lead reporter/news anchor Ron Kruck. Providing color commentary will be former UFC® Lightweight Champion Jens “Lil’ Evil” Pulver, and “MMA H.E.A.T.” host Karyn Bryant will also join the announce table. In addition, well-respected ring announcer Mike Markham.

Ron Kruck has been part of the HDNet team since 2003, and is part of the ultra-popular “Inside MMA” broadcast team alongside MMA legend Bas Rutten and host Kenny Rice. Kruck has produced weekly features, including “Kruck’s Korner,” which showcases unique people and stories from the MMA world, as well as “Inside America’s Gyms,” which highlights different training facilities across the country. Kruck has also done play-by-play announcing for the International Fighting League, Shark Fights, and other MMA promotions. In 2010, the multi-talented broadcaster returned to his mainstream sports roots as one the sideline reporters for the fledgling United States Football League, working with Rice and Paul Maguire. Kruck graduated with honors from the University of Colorado in 1993 with a degree in Broadcast News Journalism.

Karyn Bryant is a TV pioneer, as she was the first African-American woman to anchor a primetime cable program. At 22, she began her broadcasting career as an MTV VJ. Since then, she has hosted countless programs, including TNT’s “Rough Cut” and CNN’s “Talk Back Live.” In 2004, the Brown University graduate was chosen to co-anchor CNN’s revamped “Showbiz Tonight” program. “Showbiz” was the country’s only live, primetime, hour-long daily entertainment news show at the time, and when the series premiered in early 2005, Bryant earned the distinction of being the first African-American woman anchoring in primetime on any cable news channel. In 2006, she joined the Showtime Championship Boxing announce team of Steve Albert, Al Bernstein, and Jim Gray, and was then invited by CBS to join their Saturday Night Fights announce team for their new primetime mixed martial arts program. Currently, she hosts the well-received syndicated mixed martial arts program, “MMA H.E.A.T.”

Jens “Lil’ Evil” Pulver is a bona fide legend whose place in MMA history is secure. The battles he’s waged in both the ring and the cage with the likes of Joe “Daddy” Stevenson, Din Thomas, John Lewis, Caol Uno, Dennis “Superman” Hallman, Takanori Gomi, Hayato “Mach” Sakurai, Urijah Faber, and B.J. Penn, who he beat for the UFC® lightweight strap, helped put the lightweight class on the map. With 19 combined appearances in the UFC®, WEC®, and PRIDE, “Lil’ Evil,” is considered one of the most exciting and popular lightweight fighters of all time. He brings a very unique perspective to

Mike Markham is one of the combat sports’ world’s elite ring announcers, and his voice has been heard in venues and on broadcasts across the globe. Combat sporting events are elevated to a higher level by his signature sound as fans and fighters alike are engaged and impacted in a unique and powerful way. Mike’s delivery has been forged through years of experience in the arenas of broadcasting, live announcing and voice over work. The result has been the establishment of a standard of excellence.

At “BRITISH INVASION,” eleven action-packed fights are scheduled that will feature some of the best fighters from the United States and the United Kingdom as they battle each other in a country versus country format. The first in a series of country versus country events put on by GWC, the main event of this fight card will feature MMA/pro wrestling superstar Bobby Lashley, UFC® vet Oli Thompson, former UFC® Heavyweight Champion Ricco “Suave” Rodriguez, powerful rising star Marcin Lazarz, former Ultimate Fighter winner Kendall Grove, Drew Fickett, Jake Heun, L.C. Davis, and many more.

The official weigh-ins for this event will be held at the Pepper Mill & Co. Restaurant, located in Atchison, Kansas. VIP tickets will be available for those that wish to meet the fighters. This will be a community event for all ages, and open to the public, with tons of food and fun.

This highly-anticipated MMA showdown will be beamed on Pay Per View on cable and satellite in the United States and Canada. The event will be in High Definition, and it will be available in both English and Spanish (where available). “THE BRITISH INVASION: U.S. VS. U.K.” will be distributed live on Pay Per View beginning at 9 PM EST/6 PM PST by Multi Vision Media, Inc. The suggested retail price is $29.95. It will be available in over 80 million households via IN DEMAND, Avail-TVN, DIRECTV, and DISH Network. The Executive Producer of the event is Brian Ricco.