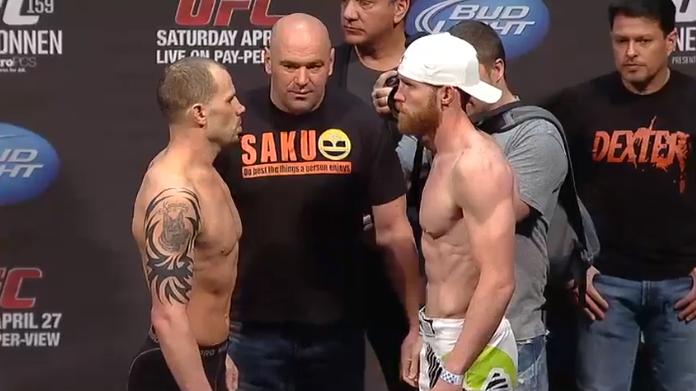 The scheduled welterweight bout between Nick Catone and James Head for UFC 159 has been cancelled at the last minute. Head first announced the news via Facebook:

“Hey guys, I’m sorry to inform you that the UFC let me know I’m not fighting tonight because Nick Catone is hospitalized. He is a tough guy and I wish him a speedy recovery. I trained really hard for this fight and am disappointed that I won’t get to compete but I will be ready to fight soon when the UFC calls.”

The reason for Catone’s hospitalization appears to be dehydration. The first signs there was a problem were at Friday’s weigh-ins when Catone weighed in at 173 pounds, two pounds heavier than the contracted 171 pound welterweight non-title fight limit.

Catone signed with the UFC in 2009 after putting together an undefeated 6-0 record on the regional circuit. Since then the New Jersey native has amassed a 4-3 record inside the Octagon, and coming off back-to-back losses in 2012, was in dire need of a win at UFC 159 in front of his home crowd at the Prudential Center.