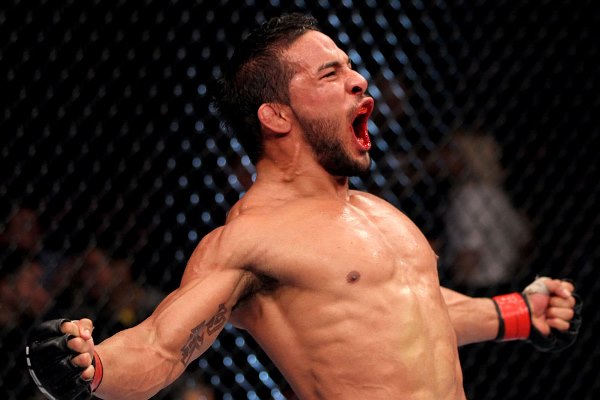 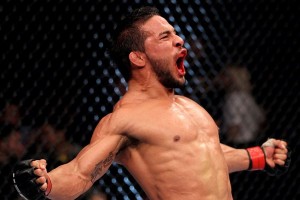 UFC officials have announced another bout for the upcoming UFC 160 event that’s set to take place on May 25 in Las Vegas. A featherweight bout between Dennis Bermudez and Max Holloway has been agreed upon by both fighters.

The UFC 160 event will be headlined by the UFC heavyweight title fight between champion Cain Velasquez and challenger Antonio “Bigfoot” Silva. The fight will be a rematch with Silva attempting to avenge a first round TKO loss suffered at UFC 146 in May 2012.

Bermudez (10-3) has rattled off three consecutive wins, including a “Fight of the Night” split decision win over Matt Grice at UFC 157. Bermudez’s winning streak is big, especially considering he had lost three consecutive bouts before the current streak began.

Holloway (7-1) is coming off a split decision win over MMA veteran Leonard Garcia at UFC 155. Holloway has also won three consecutive bouts since suffering his lone defeat against Dustin Poirier at UFC 143 in February 2012.

The main card will air on PPV with the usual 10 p.m ET starting time, preliminary fights will air on FX and Facebook.

Stay tuned to ProMMAnow.com for more UFC 160 news and coverage.

1 thought on “Dennis Bermudez vs. Max Holloway added to UFC 160”