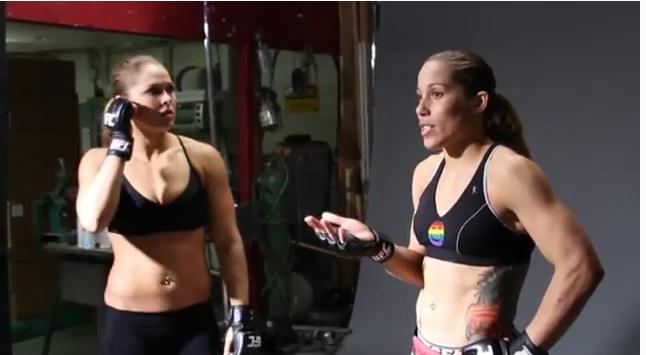 We reported a while back that the UFC 157 main event between UFC women’s bantamweight champion Ronda Rousey and challenger Liz Carmouche would get the UFC Primetime treatment. They’ve already started filming for the show, so check out some behind the scenes footage of both fighters:

UFC 157 will take place on February 23  at the Honda Center in Anaheim, California. Stay tuned to ProMMAnow (www.prommanow.com) for more UFC 157 news and coverage.

1 thought on “UFC Primetime: Behind the scenes of Rousey vs. Carmouche *Video*”