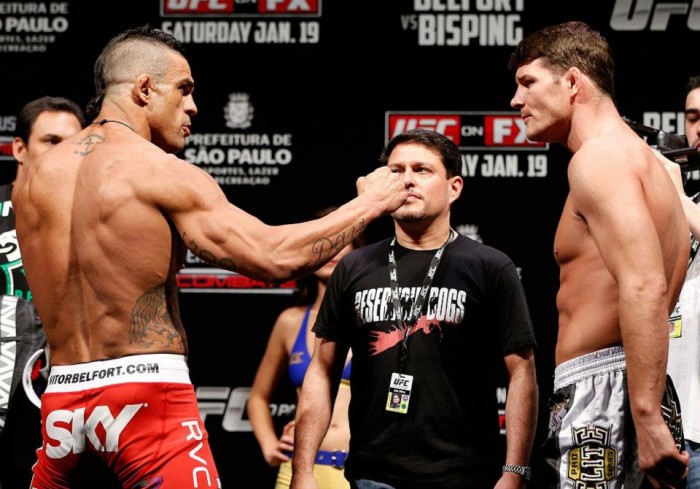 UFC on FX 7 fighter weigh-ins took place Friday at Ibirapuera Gymnasium in Sao Paulo, Brazil. Only one fighter, preliminary card contestant C.J. Keith, came in over weight. Keith weighed in one-pound over, tipping the scales at 157 pounds for his lightweight bout against Francisco Trinaldo, who weighed in at 145.5 pounds. Keith was given one hour to lose the extra pound and was successful in doing so.

The full weigh-in results for UFC on FX 7 are as follows:

* – Had one hour to make weight and came in at 156 on his second attempt after weighing 157 on his first try.