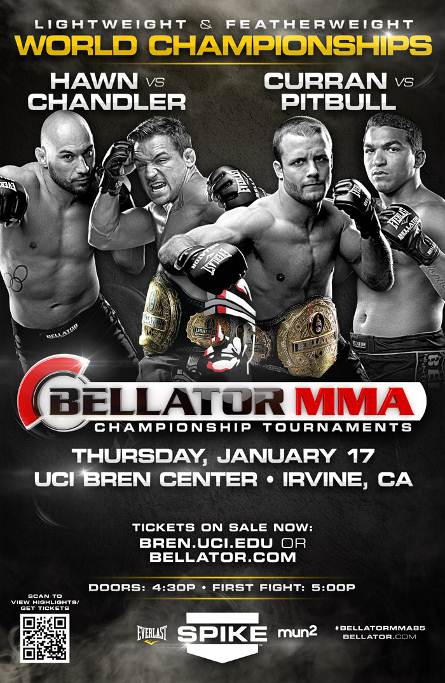 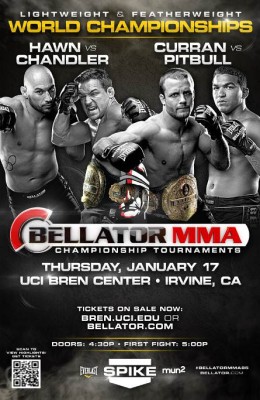 The Bellator MMA promotion will finally make the jump from MTV2 over to their new home Spike TV on January 17. The event will feature two Bellator world titles on the line Pat Curran puts his featherweight title on the line against Patricio Pitbull.

Bellator MMA will showcase five tournaments this season in different weight classes including featherweight, lightweight, welterweight, middleweight and light heavyweight. The 12-week season will air on Thursdays at 10p.m. on Spike TV.

“Our Thursday, January 17th premiere on Spike will be an incredible night for MMA fans; two epic world title fights and an amazing collection of tournament fights” said Bellator Chairman & CEO Bjorn Rebney. “Spike TV is the home for MMA and this event will be a great way to kick off that homecoming.”

The Bellator MMA video promo is below: