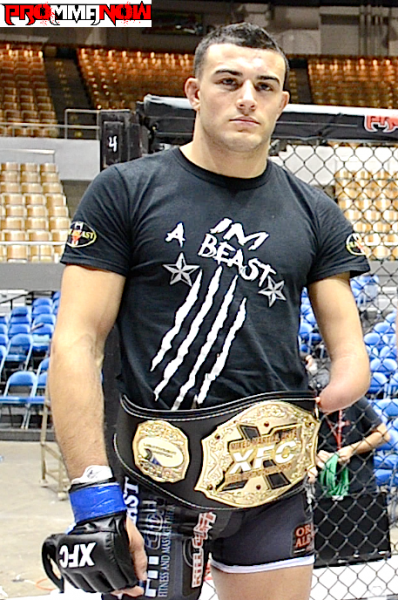 NASHVILLE, Tenn. — ProMMAnow.com (www.prommanow.com) was on the scene in Nashville, Tenn. for “XFC 21: Night of Champions 2” Friday night. The event, which aired live on AXStv, was headlined by a 155 pound bout between undefeated “Notorious” Nick Newell and Eric “It’s a Wrap” Reynolds for the vacant XFC lightweight championship.

Although Reynolds had won three straight main event bouts in the XFC, it took a very determined Newell just 1:22 to slap on a fight-ending rear-naked choke that forced Reynolds to tap before taking a nap. ProMMAnow.com reporter Gary Thomas caught up with Newell after the bout to get his thoughts on the fight and the new shiny hardware around his waist.