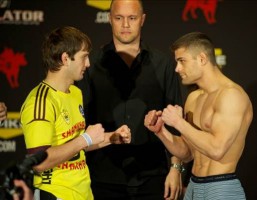 That fight will be moved to the upcoming Bellator 84 event that will take place on Dec. 14th. Anthony Leone was able to edge former Bellator champion Zach Makovsky via split decision. Also, Bellator women’s champion Zoila Gurgel was defeated by Jessica Eye in the very first round via submission.

The bout was a non-title affair and the sixth consecutive win for Eye. Darrel Horcher defeated Chris Liguori via unanimous decision to round out the main card. The Bellator 83 full results are below: