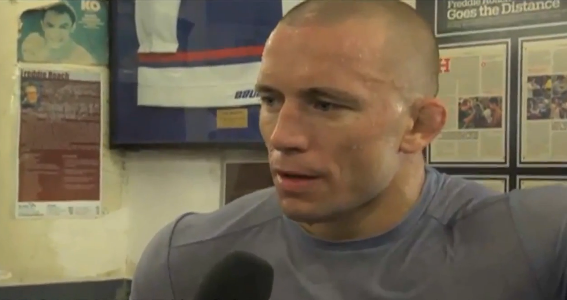 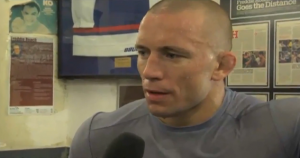 So UFC 154 has come and gone and it’s on to the next one as they say. However, as customary after UFC PPV events I like to put on my Joe Silva hat and see who should be fighting who going forward. I have to say, I’ve called quite a few of them lately so let’s see if we can keep it rolling.

-There’s no question that Georges St. Pierre should be fighting Johny Hendricks next. Hendricks is the legitimate number one contender. I know the UFC wants GSP to fight Anderson Silva next, but that fight doesn’t make any kinds of sense at the moment. (It would make a lot of cents, but that’s about it).

-I wanna see Carlos Condit rematch either Nick Diaz or Martin Kampmann. Both fights were fights that were incredibly close and went to a judges decision. Condit was got the nod against Diaz and lost the decision against Kampmann.

-If Condit/Diaz was/is made, I’d like to see Kampmann fight Siyar Bahadurzada next. I think Kampmann’s a great fighter, but the amount of damage he has taken in his career is beginning to take its toll in my opinion. He’s a gatekeeper now and Bahadurzada is a fighter with a lot of promise who exploded on the scene in his UFC debut.

–Francis Carmont probably didn’t deserve to get the nod against Tom Lawlor, but Lawlor didn’t exactly light the world on fire either as he was content to huge Carmont against the cage. I’d love to see Carmont to fight someone like Wanderlei Silva, but Silva wants to return to the light heavyweight division by all accounts. Let’s give him the winner of the Rousimar Palhares vs. Hector Lombard which will take place in a couple of weeks. So may view that as too big of a jump in competition, but Carmont is no spring chicken with a lot of fights under his belt. It’s time to sink or swim.

-It’s time for Rafael dos Anjos to fight some upper tier competition now. He dominated Mark Bocek and made it look fairly easy in the process. The only thing is that most of the fighter in or near the top ten have fights lined up. A fight against the winner of the Matt Wiman vs. TJ Grant fight in January would be a nice step in the right direction. Wiman and dos Anjos were supposed to fight at UFC 103, but Wiman had to withdraw from the bout due to an injury.

What fights would you like to see lined up?