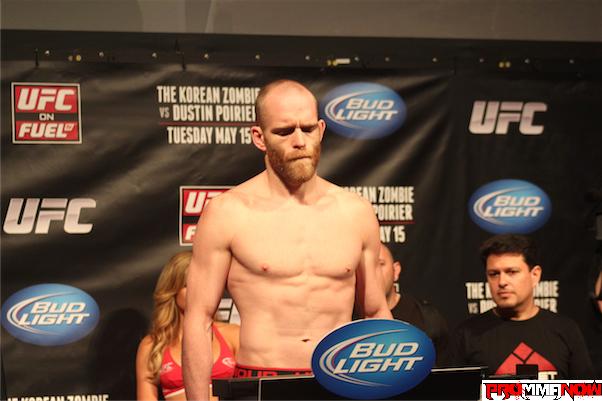 UFC on FOX 6 will feature a featherweight title bout between current champion Demetrious Johnson and John Dodson. The main card will air LIVE on FOX with the prelims expected to air on FUEL TV.

Matt Wiman is currently on a two fight winning streak, most recently defeating Paul Sass via submission at UFC on FUEL TV 5 in September. Prior to that he scored a unanimous decision victory over Mac Danzig at “UFC Live: Cruz vs. Johnson” in October 2011, and dropped a unanimous decision loss to Dennis Siver at UFC 132 in July. Wiman will no doubt look to put another notch in the win column with a big performance against Grant.