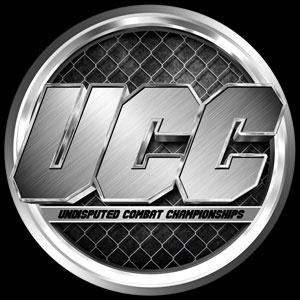 The Undisputed Combat Championships come to the Tennessee State Fairgrounds in Nashville for their inaugural event on November 17th  and features the start of a $10,000 light heavyweight grand prix that will wrap up in the spring.

The UCC states they have brought together the top unsigned 205 pound fighters for this event. UFC veteran Sean Salmon , undefeated pro Carlton Little, rising Middle Tennessee prospect Matt Brown and more of the top talent from the Southeast will comprise the pool of fighters chasing down the grand prize.

In addition to the light heavyweight Grand Prix, the UCC co-main event will feature Bellator and XFC veteran Scott Barrett as he returns to Nashville after a win at XFC 18 back in June. He brings his 12-3 record in against one of the most experienced fighters around, Johnathan Ivey. Ivey too was featured on XFC 18 were he dropped a close decision.

When asked about his upcoming fight, Scott Barrett said:

“I’m excited to get to fight in Nashville again. I’ve had a lot of success when I’ve fought there and I hope history repeats itself in November when I step into the UCC cage. I’ve been busting my butt in the gym everyday and I’m excited to get in there and test myself against a tough veteran like Johnathan Ivey. I know he’s a master at those leg locks and he’s been in some wars with the bigget name in the sport. It’s going to be a fun fight and I can’t wait.”

Chris Coggins will get back to the cage. Following a whirlwind year so far,  the SSF product will look to bounce back  after going 1-3 in his last four fights. It should be stated that those fights were against some of the toughest lightweights on some big stages including televised fights for  the XFC and a tough decision in Bellator.

According to UCC matchmaker Randall Shores the card is stacked with regional talent.

“This is going to be a fun show for fans of professional MMA here in Nashville. We are very excited about the light heavyweight Grand Prix and the winner will walk away $10,000 richer. This is the first time a prize like this has been given away for a Grand Prix in Tennessee and it’s up for grabs. West Tennessee guys like Teddy Holder and Carlton Little have been dominant lately and when you throw in a veteran like Sean Salmon it really makes things interesting. Matt Brown, a local fighter from Joey Brassell’s MMA is another guy to watch for in the tournament. We also have some bigger names like Scott Barrett and Chris Coggins on the card as well some of the top amateurs in the area that will make their pro debut. Mario Scott and Kenny Thompson have been tearing up the amateur ranks and I’m excited to see them make their debuts in November. From top to bottom it’s going to be a great card and I know the fans will enjoy the show.”

Here is a look at the fight card , subject to change.

For more information on the event you can check out www.uccmma.tv.