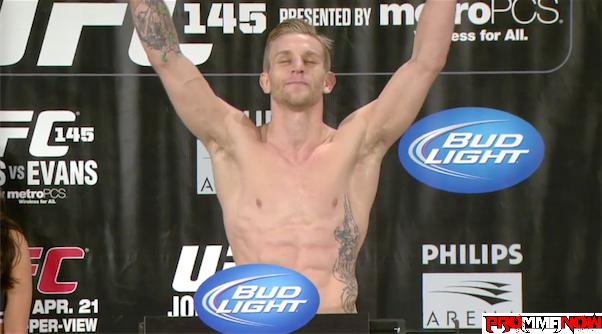 Aggression Fighting Championship has announced that Canadian MMA star John Alessio (34-16) has signed a multi-fight deal with them. Alessio is set to headline AFC 13 in Victoria, B.C. on Nov. 3.

The signing was announced today by John Alessio’s management via official press release.

John was recently released by the UFC after back-to-back losses against Mark Bocek and Shane Roller. The 33-year-old has fought for the WEC, PRIDE, DREAM and will now join the AFC roster back on home soil in Canada.

Here is what John Alessio had to say about joining AFC:

“I am super pumped to fight back where it all began, in Victoria, where I haven’t fought since 1998,” exclaimed Alessio. “I can’t wait to put on an exciting fight for the AFC!”

Prior to his recent slide in the UFC John had built up a three fight winning streak, defeating notable fighters such as Shawn Fitzsimmons, Luiz Firmino and Ryan Healy. Alessio will no doubt look to bounce back into the win column at AFC 13 and ignite the Canadian fans.

Here is what AFC promoter Jason Heit had to say:

“The AFC and John Alessio have been speaking about this opportunity for years, and now it has finally come to fruition,” Jason also said. “He has a huge fan base here and we are extremely happy to announce him as the AFC 13 main event in Victoria, BC on November 3rd. It just makes ‘Natural’ sense!”