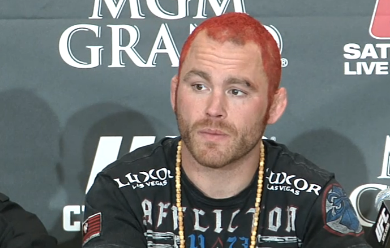 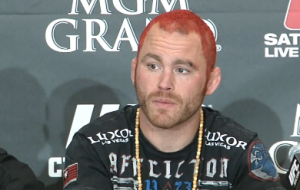 Chris Leben is scheduled to return to action in December after serving a one year suspension for violation of the UFC’s drug policy. Leben tested positive for multiple pain killers following his loss to Mark Munoz at UFC 138, and was subsequently sidelined for 12 months, effective November 2011.

This was Leben’s second failed post-fight drug test; the middleweight previously tested positive for steroids in 2008 after losing to Michael Bisping at UFC 89.

Once considered one of the top prospects in the middleweight division, Leben became more known for his antics outside of the Octagon than his talent inside of it — fans of the first season of The Ultimate Fighter may recall a young Leben relieving himself on a fellow housemate’s bed, among other non-sanctioned skirmishes with housemates and assorted doors.

Several suspensions and arrests later, the 32-year-old Leben is looking to restart his career on a winning note and put his prior life of shenaniganry behind him when he meets Karlos Vemola at UFC 155. Vemola is relatively middle of the road; his most notable win came against Seth “The Kimbo Killer” Petruzelli, and the match-up should be a favorable one for Leben if he is mentally and physically prepared after the long layoff.

UFC 155 is slated to take place on December 29th in Las Vegas, and will feature the heavyweight title rematch between Cain Velasquez and Junior Dos Santos as well as Chael Sonnen’s return to 205 lbs against Forrest Griffin.