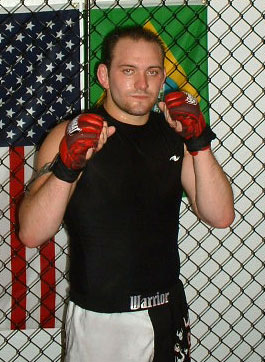 The main event for Titan FC 25 has been announced as Drew McFedries (10-6) faces Zak Cummings (13-3) in a middleweight battle. The event is set to take place at the Dwight Davis Tennis Center at Forest Park in St. Louis on Sept. 21.

The bout was recently announced by Titan FC, who also confirmed the event details and several other fights slated for the card.

Drew McFedries is currently riding a two fight winning streak, most recently defeating Garrett Olson via second round TKO at Pro Elite 1 last August. Prior to that he picked up a third round TKO victory over Gary Tapusoa at Titan FC 16 in January 2011. The UFC veteran’s last loss came at the hands of Tomasz Drwal who scored a second submission win over Drew at UFC 103 in September 2009. McFedries will now get the opportunity to extend his winning streak to three with a good performance against Cummings.

Zak Cummings last fought at MFC 29 in April 2011, where he dropped a unanimous decision to Ryan Jimmo. Prior to that he had built up a three fight winning streak, defeating notable fighters such as Rudy Bears, Dennis Reed and Jonathan Smith. The string of victories was a return to form after having suffered back-to-back losses against Tim Kennedy and Elvis Mutapcic during 2009/2010. Cummings will no doubt look to bounce back into the win column with a victory over McFedries.

This is how the Titan FC 25 card currently looks: