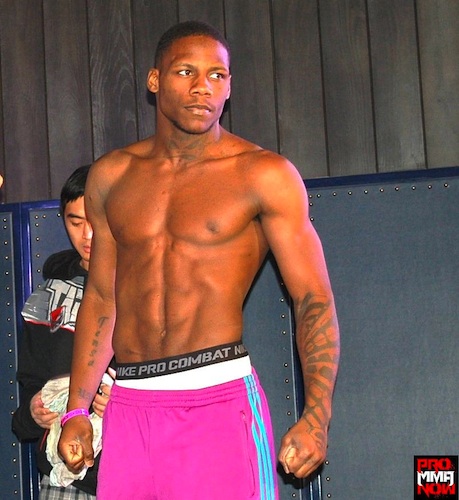 Two new fights have been added to the “Strikeforce: Melendez vs. Healy” card as Nah-Shon Burrell (8-2) faces Yuri Villefort (6-1) in a welterweight bout, and Jorge Gurgel (14-8) takes on Mizuto Hirota (14-5-1) in a lightweight battle. The event is set to take place at the Power Balance Pavilion in Sacramento, Calif, on Sept. 29.

The bouts were announced by Strikeforce officials today.

The “Strikeforce: Melendez vs. Healy” event will feature a headline bout between light weight champion Gilbert Melendez and Pat Healy. The main card will air LIVE on Showtime with the prelims set to air on Showtime Extreme.

Nah-Shon Burrell last fought at the “Strikeforce: Barnett vs. Cormier” event in May, where he suffered a first round TKO loss to Chris Spang. Prior to that he had built up a six fight winning streak, defeating notable fighters such as Joe Ray, Lukasz Les and James Terry. Burrel will no doubt look to bounce back into the win column with a good performance against Villefort.

Villefort is also coming off a loss, after dropping a decision to Quinn Mulhern at “Strikeforce: Barnett vs. Cormier” in May. Prior to that he had gone undefeated with six straight wins, defeating some tough opponents including Joshua Lee, Julio Cesar Andrade and Jason Fitzhugh.

Jorge Gurgel was last in action at “Strikeforce Challengers: Gurgel vs. Duarte” in August 2011, where he dropped a unanimous decision to Joe Duarte. Prior to that he scored a first round submission victory over Billy Vaughan at “Strikeforce: Feijao vs. Henderson” in March 2011, bouncing back from back-to-back losses against Billy Evangelista and K.J. Noons.

Mizuto Hirota last fought at “Strikeforce: Rockhold vs. Kennedy” in July, where he dropped a unanimous decision to Pat Healy. Prior to that he scored back-to-back unanimous decision wins over Katsunori Kikuno and Seichi Ikemoto fighting for the DEEP fighting promotion in Tokyo, Japan. Hirota now has the chance to get back on track with a big win over Gurgel.

Here is the “Strikeforce: Melendez vs. Healy” fight card:

Stay close to Pro MMA Now (www.prommanow.com) for all the latest Strikeforce news.