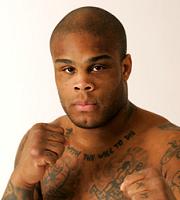 Two new bouts have been added to the Resurrection Fighting Alliance 4 card as Gilbert Yvel (38-16-1) takes on Marcio Cruz (7-3) in a light-heavyweight battle, and Tyson Griffin (15-6) faces Efrain Escudero (18-5) in a lightweight bout. The event is set to take place at Texas Station’s Dallas Event Center in Las Vegas on Nov. 2.

The fights were announced by the RFA promotion on Wednesday. The show is will air LIVE on Fight Now TV.

Gilbert Yvel is currently riding a two fight winning streak, most recently defeating Houston Alexander via first round KO at RFA 2 in March. Prior to that he scored a first round TKO victory over Damian Dantibo at RFA 1 in December. Gilbert’s most recent loss was against John Madsen at UFC 121 where he was defeated via first round TKO, he was later released from the promotion.

Marcio Cruz last fought at Clube da Luta in July 2011, where he dropped a second round TKO loss against Glover Teixeira. Prior to that he had built up a five fight winning streak fighting for various different promotions in the U.S. and Japan, defeating notable fighters such as Rafael Cavalcante, Dan Christison and Dave Yost.

Tyson Griffin was last in action at UFC 137 in October 2011, where he suffered a first round knockout loss against Bart Palaszewski resulting in his release from the promotion. Prior to that he scored a unanimous decision victory over Manny Gamburyan at “UFC Live: Kongo vs. Barry” bouncing back from a three fight skid during 2010.

Efrain Escudero was recently cut from the UFC roster, after dropping back-to-back unanimous decision losses against Jacob Volkmann and Mac Danzig. Prior to that he scored a first round submission victory over Cesar Avila at Bellator 55 in October, and picked up a unanimous decision against Mike Rio at CFA 2 in July 2011. He will no doubt look to get himself back in the win column against Griffin.

Stay close to Pro MMA Now (www.prommanow.com) for all the latest RFA news.