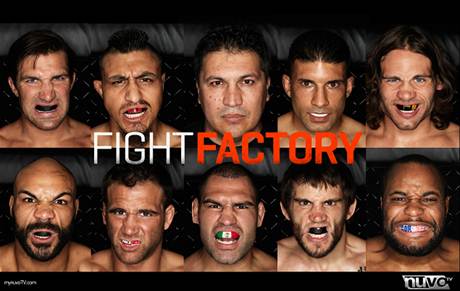 NuvoTV, the premium network best known for their reality programming, recently rolled out a new series that takes viewers into the inner circles of American Kickboxing Academy.

The result is an extremely candid look into the days, weeks and months of behind the scenes work that go into managing one of the United States’ most competitive and diverse fight teams.

Ever since HBO opened the previously cloistered world of NFL front offices with the introduction of Hard Knocks in 2001, the sports/reality genre has taken off. However, outside of the UFC’s hit series The Ultimate Fighter, MMA has never really found a comparable reality niche.

MTV’s ill-fated attempted at cashing in on the sport’s rising popularity with Caged came out looking more like Teen Mom meets a Tough Man competition, so it is refreshing to see a network finally taking a serious minded approach to the business of the fight game.

We here at ProMMAnow.com (www.prommanow.com) were lucky enough to get an early look at the first few episodes of the series, and, if you haven’t yet noticed, I’ve liked what I’ve seen thus far. If you have yet to check out the fledgling show, here’s what you can expect out of the first two installments of season one:

Cain Velasquez is an animal. After losing his title strap to Junior Dos Santos, Cain Velasquez was no longer at the very forefront of the UFC’s marketing machine. However, seeing the former heavyweight champion go through his daily workouts is a clear reminder that the young Mexican American didn’t lose his belt from lack of effort, and he is still very much on top of his game. AKA founder Javier Mendez describes feeding sparing partners to Cain as though he was leading a flock of lambs to slaughter. It’s a claim that the footage backs up in a major way.

Josh Koscheck. Koscheck’s less than amicable departure from AKA provides much of the classic “reality” material, and, as always, Kos is not one to tone it down for the cameras.

Business is business. At the end of the day, for every one fighter in a major MMA promotion, there are 100 who will never break out of the regional circuit. Fight Factory is chock full of just such story lines if you’re in the market for some fresh, developing talent to root for.

Josh Koscheck. If you were infuriated by his antics during his tenure as a coach on The Ultimate Fighter, then Koscheck will drive you absolutely insane. There is one particular scene in time he wishes everything short of a fiery death on Javier Mendez and the AKA facility.

Phil Baroni‘s existential crisis. The 36-year-old journeyman makes it no secret that he has bills to pay, and he is more than willing to sacrifice his worn down body if necessary. On its own, this is commendable, but when coupled with Baroni’s propensity for sulking and feeling ‘unwelcome’ at AKA the aging fighter mounting a comeback narrative comes across as cliche and overly melodramatic.

Where’s King Mo? One of the more notable absences thus far has been Mo Lawal, the controversial former Strikeforce Light Heavyweight Champion. If you want reality TV entertainment value, how can you not train a camera on the man who needs more time to walk to a ring than finish a fight in one?

Fight Factory airs each Wednesday at 10 p.m. on NuvoTV. Check with your cable or satellite provider to find out if Nuvo is available in your area.