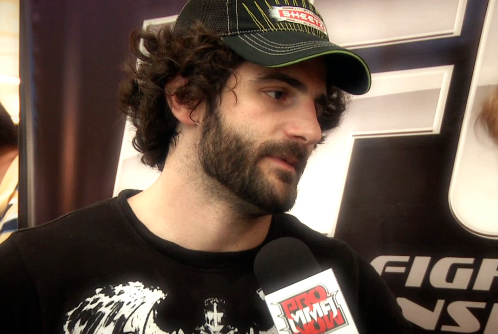 The UFC has added a new matchup to the UFC 151 card as Kyle Noke (19-6-1) faces Charlie Brenneman (15-4) in a welterweight battle. The event is set to take place at the Mandalay Bay Events Center in Las Vegas on Sept. 1.

UFC officials announced the bout on Wednesday and also confirmed Noke’s drop down from Middleweight.

UFC 151 will feature a headline bout between Jon Jones and Dan Henderson who will fight for the light-heavyweight title. The main card will air LIVE on PPV with the prelims expected to air on Facebook and FX.

Kyle Noke last fought at UFC on FX 2 in March, where he dropped a unanimous decision to Andrew Craig. Prior to that he suffered a first round submission defeat against Ed Herman at the ‘UFC Live: Hardy vs. Lytle’ event last August. Kyle’s last victory was against Chris Camozzi at UFC 127 where he scored a first round submission. Noke will no doubt look to snap his two fight losing streak with a big win over Brenneman.

Charlie Brenneman was last in action at UFC on FX 3 in June, where he lost via first round submission against up and coming Brazilian fighter Erick Silva. Prior to that he scored a unanimous decision win over Daniel Roberts at UFC on FX 1, and lost via first round TKO against Anthony Johnson at the ‘UFC Live: Cruz vs. Johnson’ event last October. Brenneman has a chance to get back into the win column with a good performance against Noke.