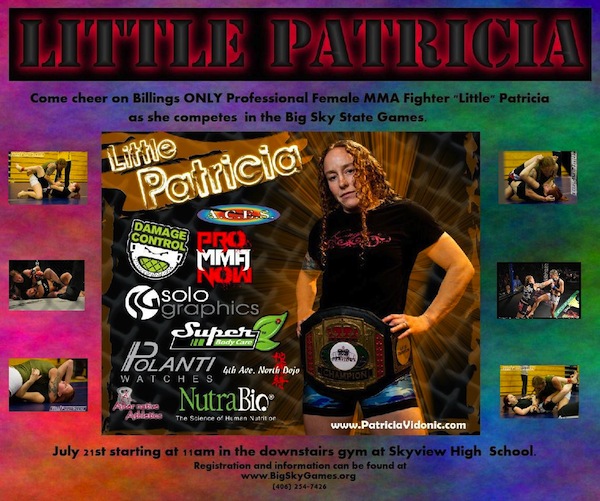 This has been an eventful week.  First and foremost, I won my fight Saturday night vs. Sally Krumdiack at CageSport XX via unanimous decision.  It was an amazing battle, she is an honorable competitor.  I have been working hard and glad it paid off, especially against a veteran of the game.

Now back to the beginning of last week; my step daughter Brooklyn had to go back to Oregon from her month long visit with us, then a couple days later we were on a plane to Tacoma for the fights.   Training, getting ready, and making arrangements for Mark and Lola.  We flew into Sea/Tac early Thursday morning and went to the hotel

Jason and I decided to check out downtown Seattle (since I have never been), so we hopped on the bus and went on a fun adventure.  We walked all over, hit up Pike’s Place Market, and all of the touristy attractions.  Then loaded back up on the bus just in time to get back and relax for a few before I had an interview with ProMMAnow.com Radio.  A perfect way to end the day.

Back up early to hit Seattle again for another live interview with with 106.1 KISS FM.  I was on the Jackie and Bender morning show promoting the fights and choking out one of their producers.  Here is a video of me choking out Ben Schubert in a segment they called “Breaking Benjamin.”  Thank you all and thank you Anthony for giving us a ride, glad you had a great time.

A little later we headed over to Gold’s Gym in Tacoma to cut the last of my weight.  What a terrible fiasco.  My coach called in ahead of time, they knew we were coming in and what we were doing.  We get there and they want us to wait around so we could go thru their “procedures” to use the sauna and some cardio equipment.

You know, trying to sell us stuff. Then to top it all off, I was willing to pay my $15 day pass fee; however, they also charged my coach to go back and make sure I didn’t die in the sauna. So all of that BS took awhile, along with my cut.

Val, a family friend, who has known me since I was 4-years old, hung out all day with us, then we went to dinner after I weighed in.   I was also Val’s first MMA fight, and she had a blast!

Fight day went by quickly and that was perfect, I couldn’t wait to get back into the cage and perform to my abilities.  And that’s what I did.  I showcased my ground and pound skills, landing numerous elbows from in her guard and half guard.

As the rounds ticked by I wasn’t fatigued at all, and I stayed very focused.  I want to thank all of my fans who came out to support me.  Some long time FB friends even came out to watch and support me, we took pictures, I brought them posters from the show and they got to watch me bring home the W.  Thanks for chilling with us after the fights Vic!

The next morning, we had to leave for the airport a little after 9 a.m.  Got to Sea/Tac and we were on standby for a 12:15 p.m. flight. It was full, so Michael from NWFightscene came down to the airport to do an interview about my fight.  We had about 8hrs to kill till our next flight, so we figured, why not. Thanks NWFS for the interview and pictures!!

This has been a very busy, yet equally awesome week! Now time to get ready for the Big Sky State Games on Saturday the 21st. We have two youngsters competing in the games as well!  Also, VERY important news ~ Ferg (Ryan Ferguson) is fighting for the Fight Force 135lb Title, July 27th in Kalispell, Mont. vs. Duran Flaget.  Go Team Vidonic!! July is busy and prosperous!!   Thank you Ferg for watching Mark and Lola while we were in Washington!!

I want to shout out to my gym Alternative Athletics Crossfit and 4th Ave. Dojo, this is truly the best place on earth!!  I am very grateful to have my amazing husband/coach as well as my awesome training partner Ferg, thanks guys!  A big thanks to Jack Bratcher and Denny Hodge with ProMMAnow.com for all of your support!

Here are the photo albums for my fight on my Facebook page:

Please be sure to check out mywebsite (www.patriciavidonic.com). My signature men’s and women’s shirts are ready to be ordered!

“Little” Patricia Vidonic chronicled her journey to winning the Beatdown MMA women’s 110-pound title in her “Road to the Championship Blog”. Now that Patricia has achieved that goal, readers can follow “The Vidonic Chronicles” each week as she continues her journey toward becoming the top 110 and 115-pound female MMA fighter in the world.