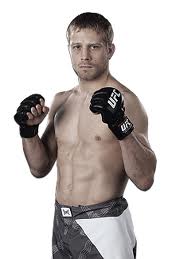 Canadian UFC fighter Nick Ring helped stop a street mugging that he witnessed while leaving Starbuck’s on Wednesday night. The 33-year-old fighter decided to get out of his car and step in to help a young couple who had been singled out by a group of around 10 “wannabe gangsters” as referred to by Ring.

News of Ring’s brave intervention was reported by the Calgary Herald website and this is what Nick told them:

“I did not like what I saw and I wasn’t going to stand around and watch that happen. It was a crime and it was completely wrong. I’m not going to let anything like that happen if I’ve got anything to say about it. Not a chance.”

After getting out of his car Nick went over to check that the victim’s were okay, as he approached the suspects they began to run. Nick began chasing the young suspects whilst also making a call to the police, Nick managed to catch one of the suspects and the police then found another five or six of the people involved.

The victims of the mugging were said to be a bit bloody and one of them did suffer minor trauma, but thanks to Nick Ring and another bystander who helped, neither were in a life threatening condition.

Brazilian jiu-jitsu brown belt and muay thai specialist Ring credited his fighting skills and background explaining that this is what enabled him to confidently intervene:

“It puts me in the position that I have the ability to help others when they need it. I was glad to be able to put my skills to use to help these people out.”

It is heroic stories like this one that really do remind us of how having mixed martial arts training can be helpful in defending yourself as well as helping others.