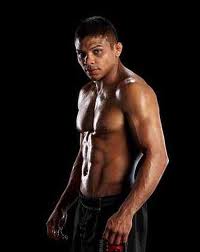 A new fight has been added to the UFC 149 card, Bibiano Fernandes (11-3) will take on Roland Delorme in a bantamweight matchup in July.

UFC officials announced the fight today for UFC 149 which takes place on July 21st at the Scotiabank Saddledome in Calgary, Alberta, Canada. The event will be headlined by a featherweight title match between current champ Jose Aldo and challenger Erik Koch.

This newly announced fight is likely to be part of the preliminary card which is expected to air on FX and Facebook. The main card will air on PPV.

For those of you who are not familiar with Bibiano Fernandes, he is the current DREAM bantamweight champion. Fernandes became champ in December 2011 by defeating Antonio Banuelos via first round TKO at the DREAM 2011 Bantamweight World GP Final. DREAM has since collapsed due to financial issues and is not expected to host any further events. As a result, the UFC has snatched up this talented fighter and we now get to see the how the Brazilian does in the worlds number one promotion.

Roland Delorme is (2-0) since joining the UFC in December 2011. He has picked up victories over Josh Ferguson and most recently Nick Denis at UFC on Fox 3. Delorme won both fights via rear naked choke submissions and will now look for repeated success in July. Prior to joining the UFC, Roland suffered his only career defeat to Eric Wilson via split decision, and had built up a six fight winning streak fighting on the regional circuit in Canada prior to that loss.