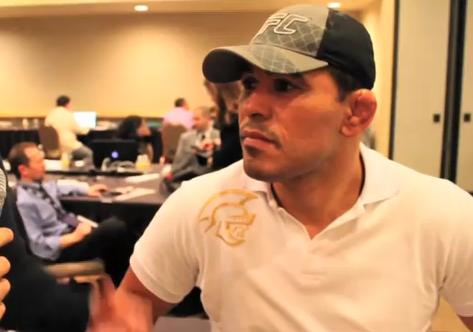 Antonio Rodrigo Nogueira (33-7-1) will return from the broken arm/shoulder suffered at UFC 140 against Frank Mir to attempt to get back in the win column. Nogueira was doing very well in the fight rocking Mir with strikes, but went for the submission win instead of the TKO win only to be reversed and submitted for the first time in his MMA career. Nogueira brought new life to his career when he scored an upset knockout victory over Brendan Schaub at UFC 134 in Brazil. Nogueira was returning from a long layoff where he underwent hip surgery. Nogueira is the only heavyweight to hold both the PRIDE and UFC Heavyweight Championship belts. He is (4-3) in the UFC since making the transition from the PRIDE organization in 2007.

Cheick Kongo (17-7-2) is coming off a knockout loss to Mark Hunt at 144 earlier this year. Kongo was (3-0-1) in his last four bouts prior to the loss to the underdog. Prior to the Hunt loss, Kongo hadn’t tasted defeat since dropping back to back fights to former UFC champions Cain Velasquez and Frank Mir.

The UFC 149 was one time thought to be headlined by UFC featherweight champion Jose Aldo, but that could be on hold as he may move up to headline the UFC 147 card that will take place in Brazil. If that happens, there’s a possibility that Jon Jones could defend his UFC Light Heavyweight title against Dan Henderson at this event. Stay close to ProMMAnow (www.prommanow.com) for future updates on the situation.

The fight card thus far is below:

3 thoughts on “Antonio Rodrigo Nogueira vs. Cheick Kongo slated for UFC 149 in Calgary”