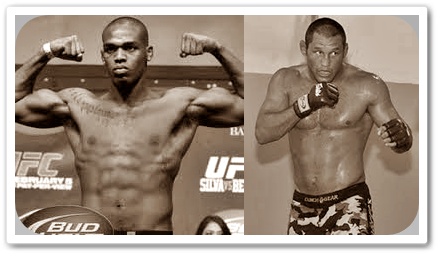 The Anderson Silva vs. Chael Sonnen rematch being rescheduled, Chael’s antics and the scramble to find a venue for UFC 147 was an interesting announcement made by Dana White at Tuesday’s UFC press conference held in Brazil. When asked about UFC Light Heavyweight Champion Jon Jones’ next title defense the UFC President said it could be possible to setup the champion’s next title defense against Dan Henderson at UFC 149 in Calgary.

“Dan Henderson and Jon Jones could be a possibility, Jones just fought his first five round fight, his hands are sore, all the things that go along with coming out of a fight like that. We’ve got to give him a few weeks to see how he feels, and then we’ll figure out what the main event is going to be in Calgary. But that would be awesome. If we could make that fight that would be great.”

Jon Jones is no stranger to a quick turnaround between fights. In 2011 he fought four times, all against highly ranked opponents. His match up with Dan Henderson will be his second fight so far this year, as he is coming off the heels of a successful title defense against Rashad Evans at UFC 145.

Henderson had a busy (and successful) year in 2011, capturing the Strikeforce Light Heavyweight Championship by defeating Rafael Cavalcante. He knocked out MMA heavyweight legend Fedor Emelianenko, and then returned to the UFC to beat Shogun Rua in what many consider the greatest mixed martial arts fight of all time at UFC 139.

The UFC 149 card is already taken shape nicely as a heavyweight showdown between Antonio Rodrigo Nogueira and Cheick Kongo was announced yesterday.