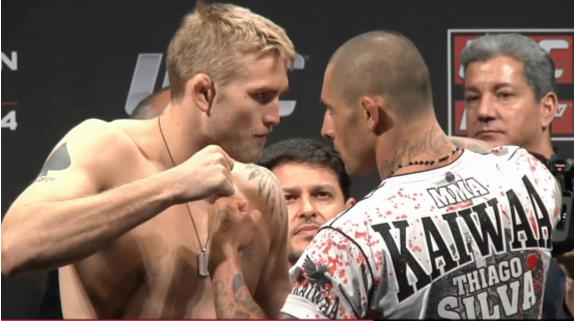 Fighter weigh-in’s for the UFC on FUEL 2 event took place earlier today in preparation for Saturday afternoon’s fight card at the Ericsson Globe Arena in Stockholm, Sweden. All fighters made weight and are ready to get it on tomorrow.

Main event fighters Alexander Gustafsson and Thiago Silva hit the 205 weight limit right on the dot with no issues. The co-main event saw Alessio Sakara at the middleweight limit of 186 pounds with Stann right on the nose at 185 pounds.

The only fighter with an issue was Dennis Siver who originally weighed in at 147 pounds before finally making weight on his second attempt. This is his first fight in the featherweight division.

Join us here at ProMMAnow.com (www.prommanow.com) Saturday afternoon for LIVE UFC on FUEL 2 fight results and play-by-play commentary. The full weigh-in results can be found below: