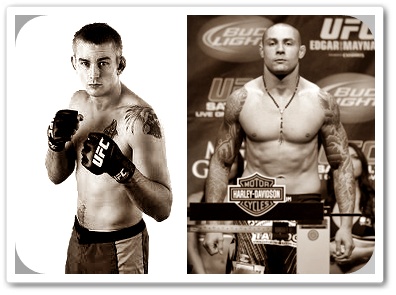 The UFC on FUEL 2 main event features a light heavyweight bout between Alexander Gustafsson and Thiago Silva that’s set for Stockholm, Sweden. It’s an important fight in the grand scheme of things as Gustafsson is looking to solidify himself as a legitimate challenger for the title, and Silva is looking to get back on track after a one year suspension for a failed drug test. Let’s see how this one breaks down.

Thiago Silva (14-2, 1NC) was last seen in action dominating Brandon Vera to win via unanimous decision only to have the victory turned into a no contest because of a failed drug test from Silva. Silva was forced to serve a year suspension as a result and hasn’t fought since Jan. 2011. Silva is a big light heavyweight with powerful striking and a legitimate ground game where he inflicts heavy damage from the top position. His two losses are to former UFC light heavyweight champions Lyoto Machida and Rashad Evans. Silva has battled back problems in the past and used the time away from fighting to get that corrected.

Alexander Gustafsson (13-1) was last seen in action mauling Vladimir Matyushenko at UFC 141 to win via TKO in the first round. In fact, Gustafsson has won four consecutive fights (finishing all four opponents) since suffering his lone defeat against Phil Davis at UFC 112. Gustafsson is a big light heavyweight standing six feet five inches, and has good takedown defense with knockout power.

I’d have to agree with those odds. Silva will more than likely be affected by the long layoff, so it’ll take a while to get his timing down coupled with the reach advantage Gustafsson will have. It’ll be interesting to see how Silva looks in there tomorrow afternoon.

This fight will more than likely stay on the feet for the most part as both fighters prefer to strike. However, I can see Silva looking to take Gustafsson down if he finds little success while on the feet. Gustafsson has a nice straight right hand with good power, so be on the lookout for that to land against Silva.

Silva has demonstrated fairly accurate striking but is wild at times while on the feet. However, he does major damage with strikes on the ground once he attains a dominant position. The problem is I’m not sure he can get the fight there, especially with all the back problems he has had in the past. You never really fully recover from those in my opinion.