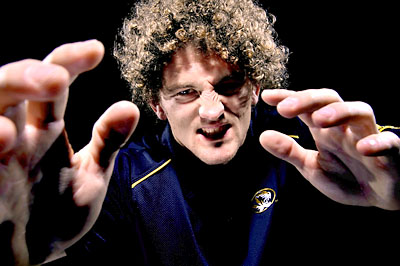 The one-sided victory kept Askren’s record perfect at 10-0, and marked yet another title defense for the Bellator welterweight champion.

Askren wasted little time getting the fight to the mat to start the bout. Lima was able to score with a kick and an uppercut, but soon found himself on the bottom as Askren went to work with short right hands from the top. Lima managed to sweep Askren, but was unable to capitalize on the positional change as the champion scrambled back to a dominating position. From there, Askren started to land short, grinding elbows as Lima looked for even marginal space to work from his back. Askren gave him very little, staying tight, and continuing to pepper Lima with strikes from the top.

In the second, Lima tried to time the shot of Askren with a looping uppercut, but again Askren was able to close the distance and work a trip takedown. For a split second, Lima managed to scramble on top, but Askren quickly reversed and went back to work with his grinding ground-and-pound. As boos erupted from the crowd, Askren continued his dominating performance as Lima desperately tried to get back to his feet.

The third round looked much the same. Askren once again took the fight to the mat, and then went to work with left hands from the top. Lima continued to hunt for submissions, but Askren showed off his unorthodox sub defense each time it appeared that Lima may be close to turning the tide. Askren then locked up a submission attempt of his own, cranking on a brabo choke that forced Lima to stay on the defensive. Lima worked free, but had no answer for the control of Askren. After a stand up by the referee, Lima was able to score with a stiff knee up the middle, but it barely slowed the champion down as he relentlessly worked for another takedown as the bell sounded.

The championship rounds were much the same, with Askren earning takedowns, and grinding out Lima with his smothering top game and measured ground-and-pound. In the end, Lima could not slow the smothering game of Askren down long enough to mount any sustainable offense as the bell sounded on the bout.

When the scores were announced, it was all Askren with scores of 50-45 across the board.