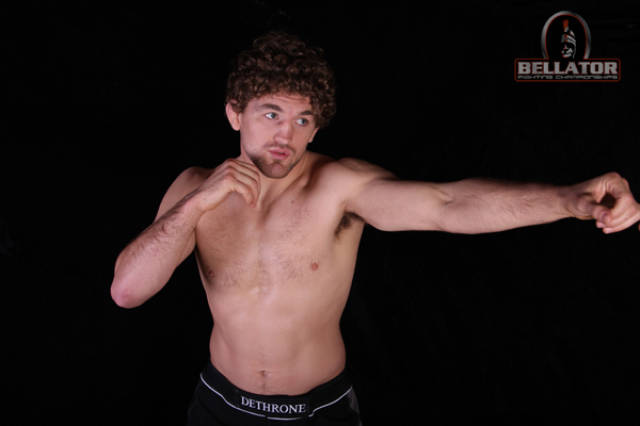 Tonight, Bellator Fighting Championships returns to MTV2. In the main event, welterweight champion Ben Askren will defend his belt against tournament champion Douglas Lima. The rest of the main card features bouts in the featherweight and bantamweight tournaments. This is easily one of the best cards, on paper, so far this season.

Ben Askren vs. Douglas Lima
Lima’s run through last season’s welterweight bracket was a bit surprising. However, there are reasons why Chris Lozano and Ben Saunders are not regulars in the UFC. Askren is still suspect on the feet, and Lima can crack a bit. Of course, Askren will also be able to get takedowns at will. In order to beat a wrestler like Askren, an opponent will have to desperately fight to get back to his feet. Lima is almost too patient on his back and that will work against him in this fight. The prospect will try to scramble with the champion, and Askren will win those battles and keep the belt via decision.

Marlon Sandro vs. Alexandre Bezerra
Sandro is a bit wild with his strikes, but he is also wildly successful. His huge power makes up for a few of his technical issues. “Popo” is solid on the feet, but he will not be able to outclass Sandro. In order for him to have a chance, he needs to flex some top game. However, Sandro simply does not get taken down. Look for Sandro to get the better of the striking and finish the fight in the last round.

Travis Marx vs. Masakatsu Ueda
Very few fighters have to wait as long as Ueda for a shot in the big show. Save for one hiccup against Shuichiro Katsumura, Ueda has dominated the Japanese minor leagues. In a lot of ways, his last fight against reputed prospect Kyoji Horiguchi was a microcosm of his entire career. He is not the best striking, does not take damage well, but totally makes up for it with dominate wrestling and top game. Marx will probably be the best grappler Ueda has fought in some time, but he should still have enough to win this one.

Rodrigo Lima vs. Hiroshi Nakamura
A quick glance at Nakamura’s record shows several signature wins over the likes of Tomohiko Hori, Yoshiro Maeda and Masakazu Imanari. However, there is nothing truly outstanding about him as a fighter. His success is based on his ability to get on top and avoid submissions. Lima will be the better fighter on the feet, and an aggressive game on the floor should be enough to take a decision victory.