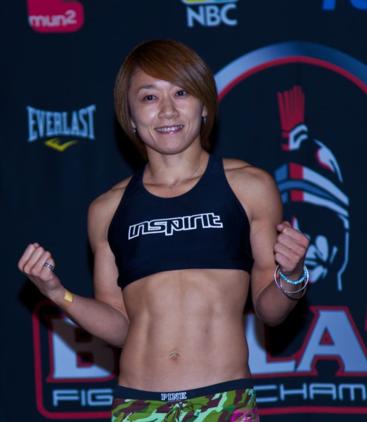 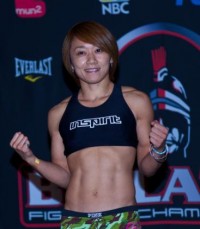 One of the latest fight announcements for Bellator 69 is a women’s MMA match up between Megumi Fujii (25-1) and Jessica Aguilar (13-4). The Japanese fighter Fujii will make her return to the U.S. to fight for Bellator and take on Aguilar in a 115 pound battle.

The match-up was announced this week by Bellator CEO Bjorn Rebney and is set to take place on May 18 at L’Auberge du Lac Casino Resort in Lake Charles, La.

Fujii enters this fight coming off a victory over Karla Benitez at a Dream event held in Saitama, Japan on Dec. 31, 2011. Fujii tapped Benitez out with an armbar just one minute and fifteen seconds into the first round.

Nineteen of Fujii’s 25 victories have come by way of submission. Her only ever pro MMA loss was against current Bellator women’s champ Zoila Gurgel at Bellator 34 in October 2010. Since then Fujii has built up a three fight winning streak.

Aguilar’s last appearance in Bellator was against Lisa Ellis-Ward in November 2011 where she also won by decision. Aguilar shares something with Fujii in the fact that her most recent loss was also to the current champ Zoila Gurgel in the Bellator season 3 women’s tournament.