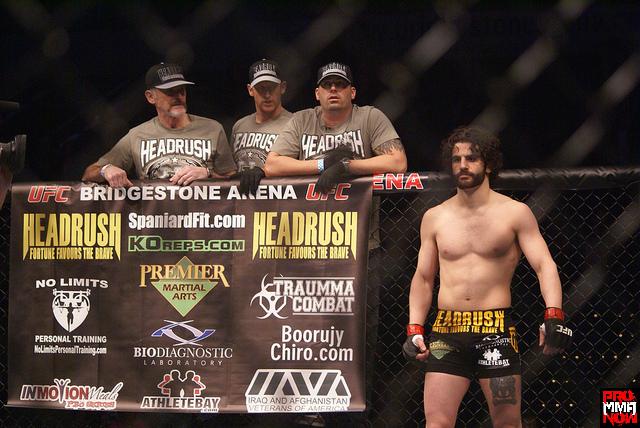 Although not officially announced by UFC officials yet, welterweights Charlie Brenneman (15-3) and Brazilian Team Nogueira member Erick Silva (13-2) are expected to clash at UFC on FX 3 on June 8.

This fight was confirmed by MMAjunkie.com but at this stage it is not clear where on the fight card the match will sit.

The venue for UFC on FX 3 is still to be determined. The main card will be featured on FX with the prelims expected to air on Facebook and Fuel TV.

Brenneman has had six fights in the UFC with notable victories over Jason High, Amilcar Alves and Rick Story. He scored a unanimous decision win over Daniel “Ninja” Roberts at UFC on FX 1 in January.

In his match prior to that, Brenneman suffered a first round TKO loss via head-kick to Anthony “Rumble” Johnson in October of last year.

Erick Silva made his UFC debut at UFC 134 in Rio de Janeiro, Brazil on Aug. 27, 2011. Silva defeated Luis Ramos via TKO in just 40 seconds of the first round making his new presence within the UFC known to both the fans and the UFC bosses.

Silva’s second and most recent fight in the UFC ended in a disqualification when he accidentally struck Carlo Prater in the back of the head, thus incapacitating him, at UFC 142 in January.

2 thoughts on “Charlie Brenneman vs. Erick Silva added to UFC on FX 3”